Baylor’s MA in School Leadership program engages acting professional leaders in public and private K12 schools and districts to enhance the educational experience for emerging leaders in the program.

Dr. Jay Ferguson is Head of School of Grace Community School in Tyler, the largest private school in East Texas, serving nearly 1000 students in kindergarten through 12th grade. Ferguson was a practicing attorney before joining the school in 2002 as Director of Development. He became Head of School in fall 2003 after a brief stint as interim. A vibrant educational community, Grace was awarded Blue Ribbon Exemplary status by the U.S. Department of Education in 2015 and 2017.

Ferguson earned a PhD in Leadership Studies from Dallas Baptist University, a master’s degree in Educational Leadership from Covenant College, JD from Texas Tech School of Law, and bachelor’s degree from Baylor.

Ferguson has written extensively on Christian education and related issues and is currently co-editing a volume on board governance. He writes a weekly blog and is a regular contributor to Christian School Education and the ACSI and CESA blogs. He is an adjunct professor in school law and governance at Covenant College in Georgia, Gordon College in Massachusetts, and Baylor University and has served on the adjunct faculties of Peabody College at Vanderbilt University and the Van Lunen Center at Calvin College.

Ferguson serves on boards of organizations at the local, state, national, and international level. He is Past President of the Texas Private School Association, Past Chair of the Council on Educational Standards and Accountability, and is current Chair of the Association of Christian Schools International. 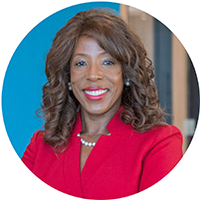 Dr. Donna Harris has served since 2009 as President of Minnehaha Academy, a PreK-12 Christian school in Minneapolis, founded by Swedish immigrants in 1913. Previously Donna was Assistant Superintendent and Chief Academic Officer at Valley Christian Schools, a K-12 school in the Bay Area with an enrollment of 2,500 students.

Prior to her work in independent schools, Harris taught in public schools with a bilingual elementary and secondary teaching credential, twice receiving Intel Corporation’s prestigious Innovation in Teaching award. She has frequently presented at conferences on topics such as project-based learning, integration of technology, governance, strategic planning, leadership, and school improvement. She authored a chapter in the book, Building a Better School called “Diversity in the Christian School.” Harris has served on the Board of Trustees at North Park University (2010-2015), the Minnesota Independent School Forum (2013-2016), and currently serves as the Board Chair for the Independent Schools Association of the Central States (ISACS 2016-Current) and the Ordway Center of Performing Arts (2016-Current). Harris is an ordained minister with the Evangelical Covenant Church. 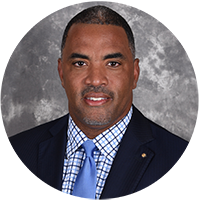 Dr. Michael McFarland is superintendent of Crowley ISD, where he serves more than 16,000 students across 25 campuses. Under his leadership since 2017, the district’s students are making significant academic gains, with increases at every level and in every subject, based on the most recent State of Texas Assessments of Academic Readiness (STAAR) results. For the first time in nine years, 100 percent of the campuses in Crowley ISD met or exceeded state standards, and the District performance grade improved 13 percentage points in one year. Crowley was selected as a Texas Demonstration School District by the Texas Alliance of Black School Educators and was recognized and featured by the National Association of Bilingual Education organizations as a District of Excellence and Equity.

Prior to coming to Crowley ISD, McFarland was superintendent of Lancaster ISD from 2010 to 2017, and named Texas Superintendent of the Year in 2015 by the Texas Association of School Administrators. There he led the transformation from a historically underperforming district to a nationally recognized, award-winning school district.

Originally from Jasper, Texas, McFarland earned a Bachelor of Business Administration from Baylor University, a Master of Education and superintendent certification from Stephen F. Austin University, and a Doctorate of Education from Baylor. McFarland currently serves as the National President of the National Alliance of Black School Educators and a Regent for Baylor University where he was elected as the vice chairman of the Academic Affairs committee. 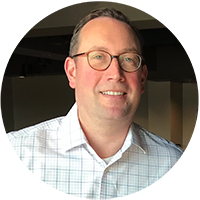 Dr. Timothy Wiens is headmaster of Mount Paran Christian School in Kennesaw, Georgia. He has spent the entirety of his 30-year career in education, having served as a history teacher, coach, dean of students, assistant principal, head of school, and college professor. He earned his Doctor of Education at St. Mary’s University, MBA at the University of Oxford, and Master of Education and Bachelor of Arts at Bethel University.

Wiens started his career in Minneapolis, Minnesota, teaching in independent schools and transitioned to public school administration after six years in the classroom, providing experience in both public and independent schools. He also spent three years as a professor at Wheaton College in Wheaton, Ill., Wiens was head at Boston Trinity Academy (MA) for seven years, Delaware County Christian School (PA) for five years, and is in his fourth year at Mount Paran Christian School. He has served as the Co-chair of the Peabody Professional Institute for Independent School Leadership at Vanderbilt University and as the Co-director of the ADVIS-Penn Independent School Leadership Institute in the Graduate School of Education at the University of Pennsylvania.