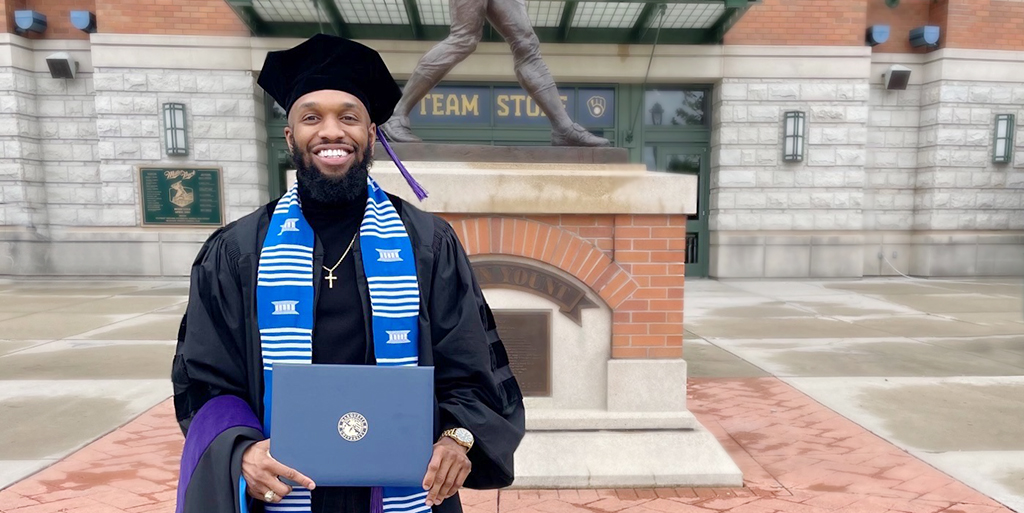 Not everyone's journey to find their calling is the same. Some pathways to the desired destination are longer than others or present a few twists and turns, but Baylor School of Education Sport Management alumnus Miles Johnson has now reached a high point after a long trek.

Born in Georgia and raised in Southern California, Johnson started his bachelor's degree at the University of Oregon while playing football. He came to Baylor and Waco as a transfer in 2014 and walked on to the football team while earning a bachelor’s degree in Health, Kinesiology & Leisure Studies, with a minor in business. After graduation, he decided to remain at Baylor to join the Sport Management (SPM) program to pursue his MSEd; the program is offered in the School of Education’s Department of Educational Leadership.

As a Sport Management student, Johnson was graduate assistant for SAVOR, the food and beverage contractor for Baylor Athletics and McLane Stadium. While in this role, he was able to wear multiple hats and learn to manage people with different personalities. He also enjoyed the coursework in the program, which led him to realize that he wanted to work with professional athletes in some way, but he didn’t yet know how. He said classes like Ethics had a great impact as he realized the stringent rules that agents and lawyers must abide by when guiding professional athletes. Eventually, he realized that he wanted to serve athletes as a legal consultant — and that led to law school. 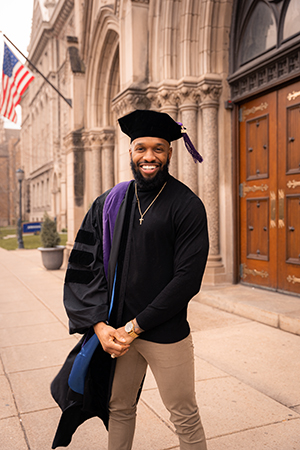 It was Baylor’s Head Compliance Officer, Keith Miller, serving as an adjunct professor for Sport Management, who pointed Johnson in the direction of law school, actually recruiting him to his own alma mater — Marquette University in Milwaukee. After earning his Baylor MSEd in 2018, Johnson headed to Wisconsin and earned not only a JD (juris doctorate) but also an MBA (master of business administration), graduating with both degrees in 2021.

Johnson is now an attorney, NBA player agent, and founder of What’s Your Why Sports & Entertainment. His career path was led by the desire to narrow the gap of representation and grow the diversity of agents serving professional athletes. He said he wants to provide superior service and showcase to athletes that their representation can look just like they do.

Johnson said that his best piece of advice to others still looking for their destination is "to go after your passion no matter how lofty." He said that some people reacted with skepticism when he talked about his plans for law school, but he’s happy with where he landed — and where he has yet to go.