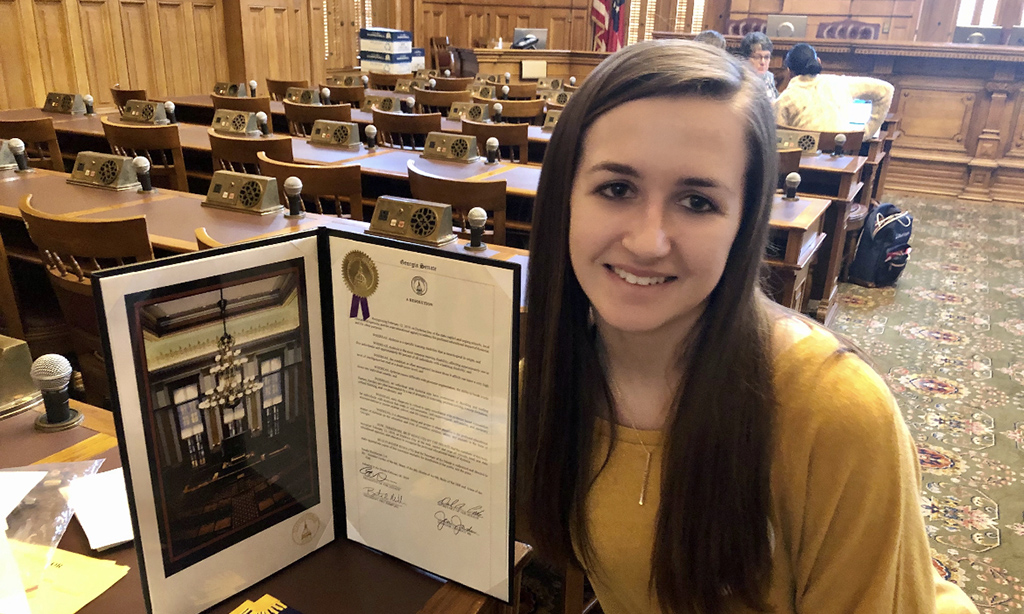 What does it mean to be a leader? According to Jenna Benedict, a sophomore elementary education major and a SOE Student Ambassador, it means taking action, making change, and even changing the law in the process — all things that Benedict did before even arriving on the Baylor campus.

Benedict was diagnosed with dyslexia at the end of third grade after failing all of her standardized school tests. She recalls always struggling with her lessons and the diagnosis became a moment of clarity for her and her family. Benedict was then recommended to join a reading program in order to keep up with her peers, called the Wilson Reading System (WRS).

WRS is an intensive program for students in grades 2-12 and adults with word-level deficits who are not making sufficient progress through their current means or have been previously unable to learn with other teaching strategies and require multisensory language instruction.

In her junior year of high school, Benedict heard of the Senate Bill 48 (SB-48) law being developed within Georgia’s legislature. SB-48 provided for identification of and support for students in kindergarten through third grade with dyslexia. Inspired by her own experiences as a struggling dyslexic student, Benedict decided to take action. 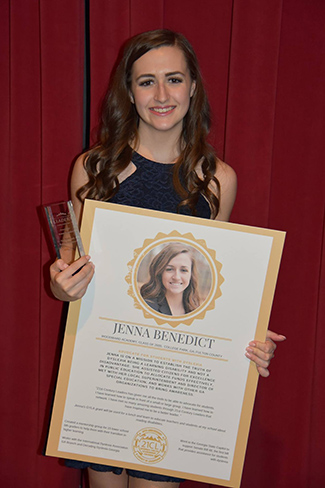 She soon joined the Decoding for Dyslexia Association, as well as the International Dyslexia Association in order to aid in advocating for the bill to be passed. Benedict ended up getting so involved in her work within the Capitol that she would begin swapping her high school classes to witness legislative meetings, sometimes missing days of school.

Through the work in her organizations, Benedict spoke to various councils in order to advocate for the bill’s passing, using her own experiences as a dyslexic child as the foundation for her argument.

“In my head, I convinced myself this is normal just because this was just something that had personally affected me,” Benedict said. “It wasn’t until I said it out loud that I realized I’m changing people’s lives for the better.”

On April 5, 2019, the bill was passed by the House and Senate. On the following May 4, the law was signed by Georgia’s Governor. As thanks for her advocation work, Jenna was invited to the signing ceremony in person and given a commemorative pen that was used by the Governor.

Although her original goal to help school children in Georgia was achieved, Benedict stays active in the organizations she joined in order to make change. She says that “there is always something happening” in these organizations, allowing her to be as involved as she can. However, she still uses a large portion of her time outside of school dedicating herself to helping struggling students.

“You go where the work is needed,” Benedict said.

Benedict says she believes in leading by example, like going out of her way to make people feel accepted and cared for. Over the initial periods of COVID quarantine, she took it upon herself to organize group Facetimes for her friends to stay socially connected, and she always tries to lend a helping hand to those who may need it.

Benedict says that leadership involves “taking charge without overpowering others.” She believes that Baylor is the perfect environment to strengthen and expand upon her leadership projects and outlook.

The “welcoming and caring” environment of Baylor School of Education, along with the School’s positive impact in the community, is what initially drew Jenna into attending. She especially loves the fact that education students get classroom experience within their first year of school.

She says that at Baylor SOE, she gets to help kids learn now, not having to wait until graduation.

Inspired to become a teacher because of her own experiences, Benedict wants to help kids who, like her, might be struggling in school without even knowing that they have a learning disability. Her post-graduation plans — still a few years off — already include getting certification through the Wilson program that helped her so she can help others. 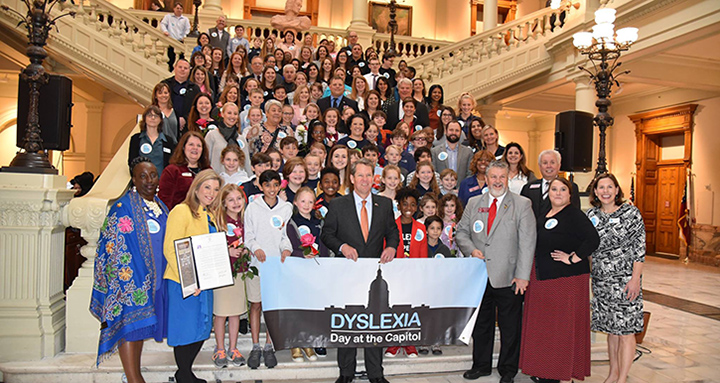