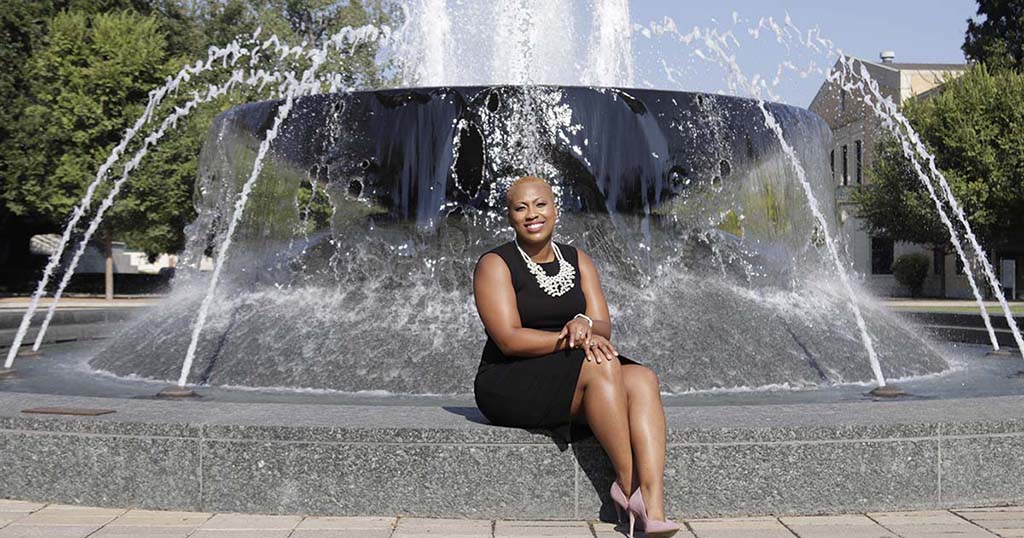 Brittany Anderson graduated from Baylor University in 2008 with a Bachelor of Science (B.S.) in Early Childhood Education. She is currently an Assistant Professor of Urban Education in the Cato College of Education at the University of North Carolina-Charlotte, after three years teaching Urban-Multicultural Education in the Department of Theory and Practice in Teacher Education at the University of Tennessee-Knoxville. Anderson’s research currently focuses on pre-service teacher development in relation to the talent identification and development of underrepresented youth.

But Anderson’s relationship with Baylor dates back to 1999, when she entered the Project Promise program in the summer before 8th grade. Project Promise is a component of the School of Education’s University for Young People, a program for 4th-12th grade students who are identified as gifted and talented, who also meet U.S. Department of Housing and Urban Development (HUD) federal low-income eligibility requirements. Students choose from dozens of courses, offered on the Baylor campus, taking two classes per day for up to three weeks.

“[Project Promise] was the first summer camp I had ever attended,” Anderson said. “It was a really good space for me in terms of my intellectual and social development.”

The extensive nature of the curriculum fostered a previously dormant sense of creativity within Anderson, who is now able to reflect upon that creativity and think about creative learning while applying it to her own teachings and research. 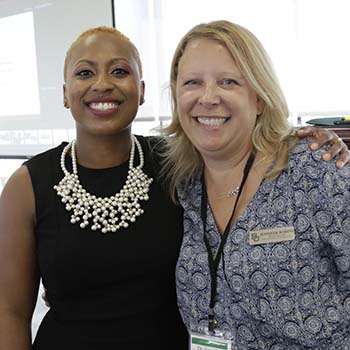 One of Anderson’s mentors within the University for Young People was Dr. Jennifer Robins (pictured with her at left), who is currently a clinical assistant professor at Baylor in the Department of Educational Psychology, also serving as director for the Center for Gifted Education and Talent Development.

“Brittany always stood out as someone who was a leader,” Robins said. “You could see that if she was able to utilize those leadership skills, she would go far.”

As a mentor in the program, Robins was instructed to try to lead the students to seek higher education and embrace the full potential of their talents. Seeing Anderson take on the role of an educator and research specialist, a role which Robins is personally familiar with, became a nostalgic “full circle” moment for her.

“She could have accomplished everything without us,” Robins said. “She had the ability and the support to do so. But it’s wonderful to see everything she’s done [in her career] after spending so much time with her.”

Anderson went on from her Baylor undergrad program to achieve a master’s degree in Curriculum and Instruction from the University of North Texas. While taking some additional gifted education courses, she found an article about racial identity in African American gifted students, which sparked the interest for the research she performs today.

Pulling from her own experiences with gifted education, especially from seemingly informal interactions like Project Promise, Anderson began to accumulate ideas of how she thinks about her own scholarships.

Anderson was recently awarded the National Association for Gifted Children (NAGC) Doctoral Award for her doctoral work and engagement in the education field. While honored by receiving a prestigious award, Anderson was moved by the acknowledgement and understanding of the value of her work.

“[Gifted education] should be hands on; students should be engaging at high impact practices,” Anderson said. “It shouldn’t just be for an elite group of students who can pay the price [of gifted programs]; it should be something that all students have, something that gifted students really need.”