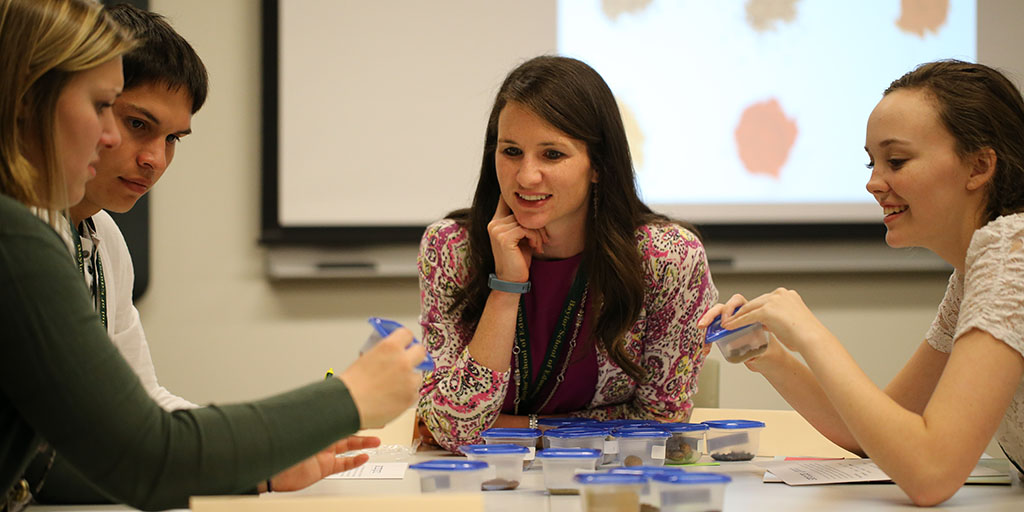 Brooke Blevins wants students to know they don't have to wait until they're adults to get engaged in making a difference in their community. Each summer she works with 100 sixth- through ninth-graders during an intensive week-long camp focused on civics.

"What we want them to recognize is that they have the ability to make a change," said Blevins, associate professor of social studies education in Baylor's School of Education.

Students in Texas take one semester of government as a senior. Often, that's the limited extent of their civics exposure to what it means to be involved in their community and is often more focused on governmental structure, the powers of the government, voting and political parties, said Blevins.

In 2012, Blevins and her collaborator, Dr. Karon LeCompte, were asked to serve as independent evaluators for a curriculum that included a series of web-based games to teach students about topics including jury duty, the electoral process, the executive branch and the constitution. After retiring, former Supreme Court Justice Sandra Day O'Connor founded the iCivics curriculum to get students involved in civics at a young age.

Research showed the curriculum was making an impact, and in 2013 as the next step, the camp was offered and started with 50 students. Through a competitive application, students are chosen for the civics camp, known as iEngage, which is offered at no cost.

"We're really trying to target students who — the research shows us — don't have a voice in the civic landscape. Oftentimes students of color or students from low socio-economic backgrounds find themselves pretty disenfranchised from civic life," Blevins said.

During the camp, students hear from local community leaders about issues such as poverty, racial prejudice, animal cruelty and the improvement of school lunches. They are taught to look at information objectively, acknowledge opinions that may be different from their own and look for the root causes of issues in their community. They spend time at Baylor's W. R. Poage Legislative Library and the Law School and hear from local judges, attorneys and civic leaders.

Students focus on research, action and reflection about problems they care about, a best practice in civics education known as action civics. They work together to research and develop a solution to a local issue, including investigating different perspectives, all important skills for civic engagement, according to Blevins. On the last day of camp, students present their solution to their parents and community leaders.

"We want them to walk away understanding what it means to collaborate, to deliberate and to communicate effectively," Blevins said. "We want our students to understand that they are citizens now, and that they can be active in the community. They don't have to wait until they can vote," she said, emphasizing that democracy values the voices of all.

Students in Baylor's School of Education are also gaining skills for their future careers as they serve as counselors for the camp. "Our hope is that the preservice teachers who come and work in iEngage see how they can actually do this kind of teaching in their own classrooms," Blevins said. Writing, argumentation and statistics are all fields where future educators can integrate the principles of action civics she said.

Cameron Dexter Torti, MA ’18, assisted with research on the camp and served as Blevins' graduate assistant. "Her compassion for students of all ages and her expertise in working with people and making them feel valued is apparent," he said. "It is evident through her work with iEngage that she wants to help and be an active part of the change in this community."

Surveys show that Blevins' work with iEngage is making a positive difference. Pre- and post-tests indicate students increased their belief in themselves as change makers in their community and that in the next three years they expect to be taking active steps to be involved.

Blevins said that teaching is more than just the knowledge she shares with students, particularly at the college level. "It's about what my sense of calling is and how I can help students understand their own sense of vocation," Blevins said.