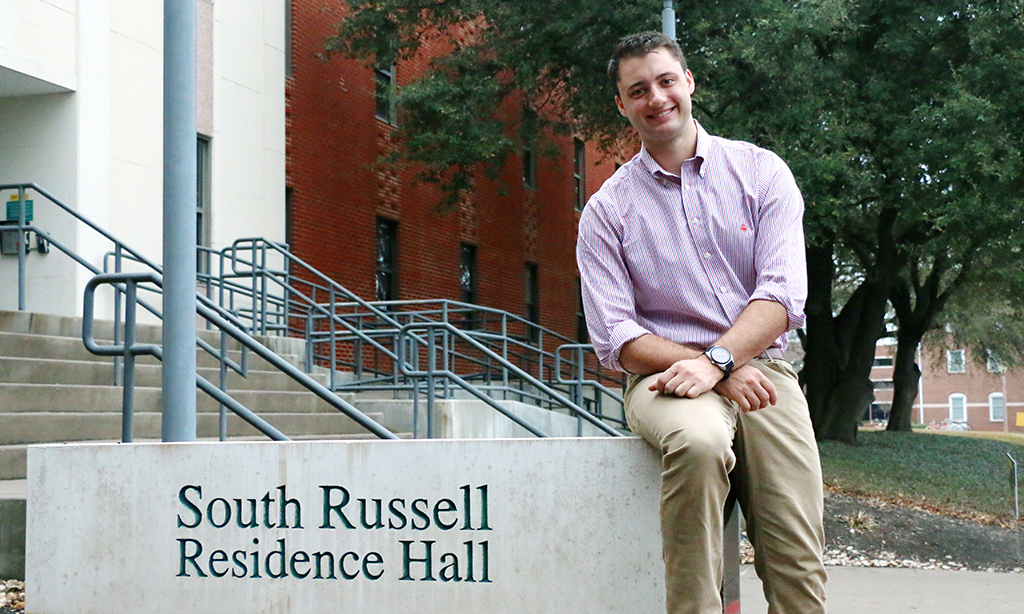 Augie Strauch was a rambunctious elementary student, bouncing from place to place, never sitting still, testing boundaries and frustrating his teachers to no end. Inspired by the teachers who saw beyond his antsy nature, Strauch is now studying to become a teacher so he can help “trouble-makers” like himself.

“As opposed to getting frustrated with them,” Strauch said. “I want them to know I understand that they aren’t trying to do anything bad.”

An experience during his sophomore year of high school further sparked Strauch’s desire to teach; he went on a church mission project to the Dominican Republic. The group rebuilt daycares, but for half of the day they built and then the other half of the day they worked with the kids. This trip led Strauch to volunteer to teach Sunday school when he returned. He is a five-year veteran now and has enjoyed watching the same kids grow since kindergarten.

“I’ve always loved that interaction of taking knowledge and passing it on to someone who’s wanting to accept it,” Strauch said.

Strauch’s home at Baylor has been the Impact Living-Learning Center, known as the iLLC, located in South Russell hall. Close to finishing out his second year at the iLLC, Strauch has enjoyed his time there.

“Living at South Russell has been great,” Strauch said. “The best part is being so close to campus and living around so many other education majors.”

“The kids in public school – sometimes they don’t want to be there,” Strauch said. “So, you have to find something to motivate them and get them to really get passionate about what they are doing.”

He employs the simple, yet powerful, technique of trying to forge a deeply personal connection with his students. It’s incredibly important to Strauch that his kids feel comfortable and safe enough to ask questions and ask for help.

During the fall semester of 2017 at Baylor, Strauch taught at the McLennan County Challenge Academy.

“It is a juvenile justice alternative education program that serves school districts in McLennan Country,” Strauch’s supervisor Kathy Wigtil said. “They visit Challenge once a week throughout the semester to work one-on-one with the student.”

Strauch worked with a student who, at the beginning of their relationship, would sit in front of the computer and do absolutely nothing.

“I would just encourage him, ‘Hey, you’re doing great!’ It was clear that he hasn’t really gotten that pep talk before,” Strauch said. “And I could really see a big change in just me being there and asking him about his life. By the end of the semester, he was getting really excited to show me all the work he had done.”

Strauch is determined to use his time at Baylor to refine his teaching skills and learn from his mentors to be the best educator he can be.

“A lot of people assume as a male trying to major in high school social studies that I chose this profession with the real motive of wanting to coach a sport,” Strauch said. “This is not the case. I wanted to become a teacher because I am passionate about education and learning.”

And while he wants to teach high school for several years, he eventually wants to step beyond secondary education into a more administrative role. Strauch aspires to become either a professor, principal, or superintendent so that he can impact education under a wider umbrella.

Strauch is committed to influencing the school environment wherever he is – making it the most positive and change-affecting place that it can be.

“I will always be a teacher first,” Strauch said.

—Story and Photos by Taylor Ward