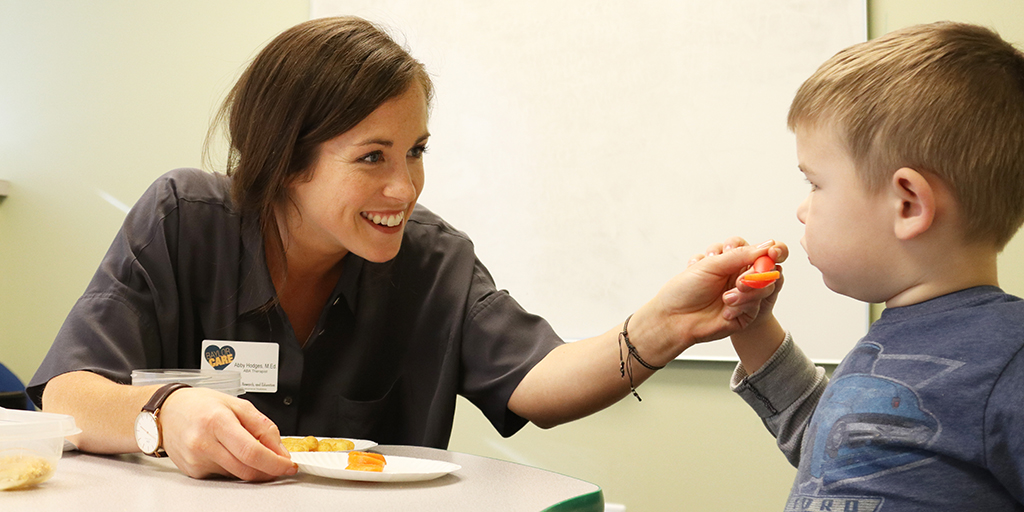 Kase, a 3-year-old with autism, had no interest in eating a carrot, much less a green bean, banana, strawberry or potato. But after working with Baylor doctoral student Abby Hodges, he is actually eating all of those on a regular basis. This might be an amazing feat for any child, but for children with developmental disabilities, refusing food is an even more common problem, Hodges said.

Hodges, who is studying Applied Behavior Analysis in the Department of Educational Psychology, is using an evidence-based procedure in applied behavior therapy, but in a new way — increasing not just quantity but variety of foods. Beginning with a reward for just touching the “non-preferred” food, Hodges leads the child through a step-by-step procedure that culminates in chewing and swallowing.

Working at Baylor’s Clinic for Assessment, Research and Education (CARE), part of the Baylor Center for Developmental Disabilities (BCDD), Hodges has replicated her success with four different children.

“This procedure is very parent friendly,” Hodges said. “After success in the clinical setting, I train the parents to replicate the process at home.”

Hodges’ research garnered her two statewide awards in 2017. She was awarded the James Kopp Scholarship Award and also won the poster competition presented at the conference of the Texas Association for Behavior Analysis. The Kopp Scholarship provided Hodges with funds to travel to the national conference and was based on the strength of the research she will present there. Hodges research also won the poster competition for her poster titled “Using Shaping to Increase Foods Consumed by Children with Autism.”

Dr. Tonya Davis, Associate Professor of Educational Psychology, has worked with Hodges since she began the PhD program.

“We are incredibly proud of her,” Davis said. “I have attended this conference for years, and I cannot ever remember a time where the same person won both awards; there are only two awards given, and Abby was a recipient of both.”

She said her experience working for Baylor CARE at the BCDD is one of the reasons she enjoys the Baylor School of Education so much and that the opportunity to work at a center like the BCDD was a big reason she chose Baylor over other universities for her doctoral degree. The community of therapists at the Center enhances the effectiveness of her work, she said.

“The Center also creates a community for parents,” she said. “They get to know each other in the waiting room, and a comradery develops. There’s a need for parents to have a community.”

Originally from Jones, Oklahoma, Hodges graduated from Texas Christian University with a bachelor’s degree in psychology and a minor in Spanish in 2014. 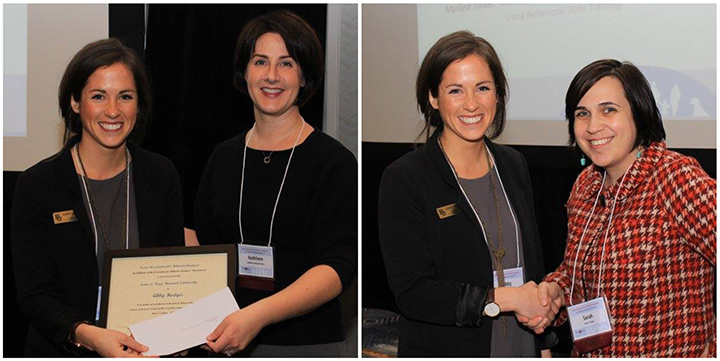