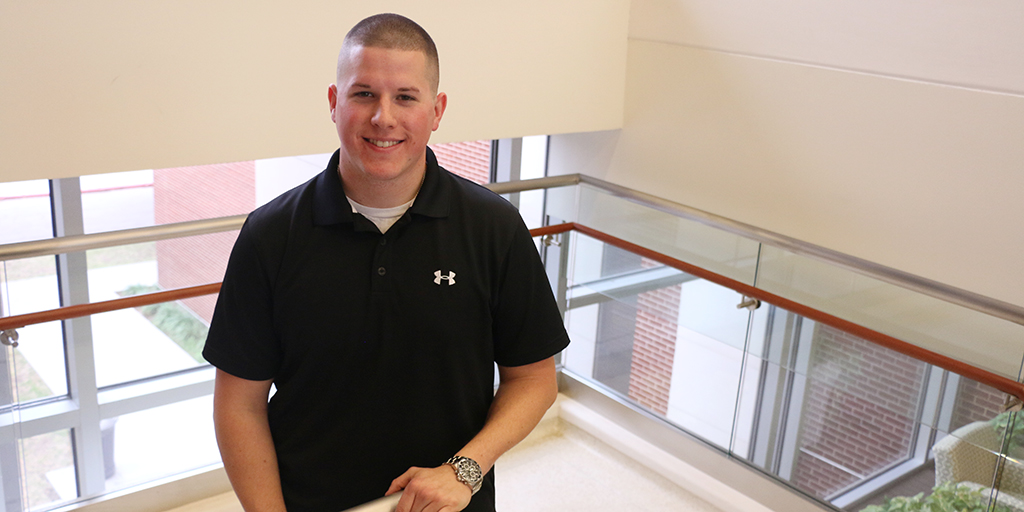 Ben Rabideau, BSEd ’14, grew up with a cousin with Down Syndrome, and the love and joy he felt for his cousin led to an important career choice. Rabideau realized early that his life’s work would be with people like his cousin, teaching those with special needs and developmental disorders.

In Baylor School of Education, Rabideau found a community that encouraged, supported and challenged him in pursuing that goal. As a Special Education major, he was inside of the classroom within the first few weeks of school. Rabideau worked with students of varied ages and disabilities, and as a senior teaching intern, Rabideau spent the year teaching 18-22-year-old students. It was then he decided that he wanted to work specifically with teenaged and young adult special needs students after he graduated.

“My internship year was at Robinson High School in an amazing life-skills classroom, and I knew this is what I want to do,” Rabideau said.

Dr. Tonya Davis, associate professor in the educational psychology department and Rabideau’s former practicum professor, described him as very prepared and dedicated to his students.

“Ben was really good at getting to know his students. Davis said. “He understood what motivated each student. He would take the simplest lessons and make them enjoyable for each of his students because he had gotten to know them so well.”

Rabideau had numerous job offers while he was still a senior and decided that the place for him was Clements High School in Sugar Land, where he is the life skills teacher to 18-22-year-old students.

“What made me chose Clements, which is one of the very last job interviews I went on, was the two-hour interview I had with the principal and my department head,” Rabideau said. “The principal was very thorough with his questioning and made sure I knew all of their expectations. He also took the time to really get to know me, and I felt like I was a part of their staff; he called me 10 minutes after I left and offered me the job!”

Rabideau felt prepared for his new position, but the job was a lot more than he had expected. Since the position was brand new, Rabideau had to start from scratch with lesson plans and classroom materials. He also faced new educational challenges, including increasing class size and a myriad of severe behavioral issues.

“One student I had my first year was a runner,” Rabideau said. “She would take off down the hallway, and I would chase her to bring her back to class. I tried barricading my classroom as best as I was allowed, but she still found ways to escape and run when my back was turned.”

But, Rabideau said he frequently experienced small victories that reminded him of why he chose this profession.

“One the highlights from my first year was a 19-year old young man with autism, who had never learned how to tie his shoes,” Rabideau said. “His parents had tried with him for 18 years, but they could never get him to tie his shoes. It took me two months, but we did it. It was just everyday practice.”