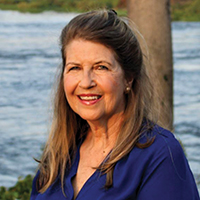 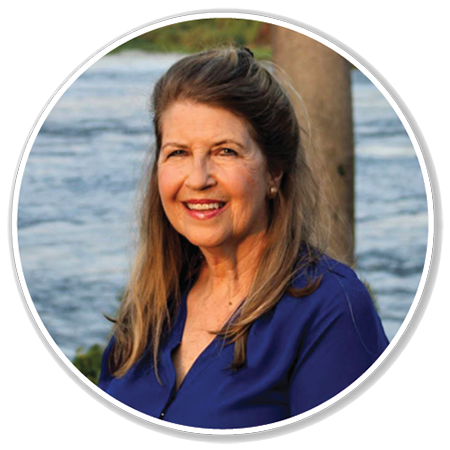 Q: How have you used your Baylor teaching degree?

A: I actually began as a music education major and then changed to elementary with a minor in music. After graduation I returned to Abilene, my hometown, for a year of teaching. After that school year I married Tim McCall, whom I met at Baylor. We lived in his hometown of Memphis, Tennessee, for his medical school and residency, and I taught for several years before we started a family. I taught in Nigeria when we lived there with a mission organization from 1983 to 1994. We lived in Waco when we came back to the U.S., and our two younger sons attended Hillcrest PDS. I was the substitute music teacher during Mrs. Hoover’s first maternity leave. In Uganda, I have taught English and reading to our orphaned children who now live with us at Restoration Gateway.

Q: How did Restoration Gateway (RG) in Uganda begin?

A: While we were in Waco, Tim felt we were being called back to overseas mission work. I was a bit reluctant — I liked Waco; I enjoyed our home that we had built and being with our kids and grandkids. We were exploring possibilities, mainly in Spanish-speaking countries — Cuba, Belize, Guatemala, Mexico. At a missions conference in 2005, a speaker talked about the terrible civil war in Uganda. People may have seen the documentary Invisible Children, which is about that war. Children were being abducted to be child soldiers, and the war had been going on for 20 years. I leaned over to Tim and said, ‘This is where we need to go.’

Q: You and Tim, along with Restoration Gateway, were on Fixer Upper when your children built a furlough home in Waco. During that episode, viewers saw your Ugandan home in a converted shipping container. Do you still live there?

A: We recently built a new home on the Nile, but we lived in the modified shipping container for about 10 years.

Q: How has the ministry grown?

A: We started almost immediately after the end of the civil war. We have about 700 acres overlooking the Nile River, and we started negotiations for 500 of those acres on our first trip to Uganda. Tim felt like God just downloaded what we were supposed to do here — health care, orphan care, education, empowerment, church. Of course, all of that has had to grow. In 2009 we had full accreditation for the school. So many children here were orphaned, and their lives were devastated by the war. The mother of our first three children abandoned the last one (a baby) on the road and left all three. Now the three are strong students, and one of them is senior level and may end up as a doctor in our hospital, which opened in 2018.
RG houses more than 250 orphans, and our school, Oaks of Righteousness, has nursery, primary, and secondary levels. We use a curriculum based on an American one but adapted to Uganda, emphasizing active learning to move away from traditional education here, which was rote memorization and lectures. Our students have access to iPads and a computer lab. All of our school leadership is Ugandan, which is important.

Q: What does it take to launch a ministry like Restoration Gateway?

A: It takes a calling and a vision, and we feel that this is a God-given vision. Obviously, it’s always God’s heart to restore. That’s why we’re called Restoration Gateway.


Learn more about Restoration Gateway, which accepts some teachers and other volunteers, at restorationgateway.org