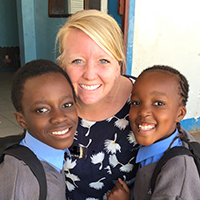 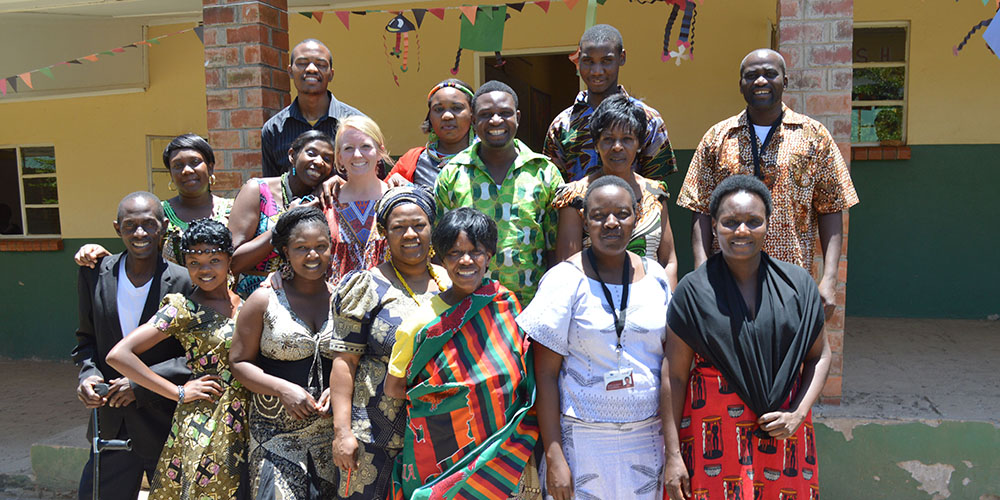 Kenley Bailey Ritter, a PhD student in Curriculum & Instruction, graduated from Baylor with a degree in secondary mathematics education and has pursued an adventurous career in teaching and leadership on two continents. She describes her current quest in higher education as “coming full circle,” but it’s not the first time she felt called to return someplace. 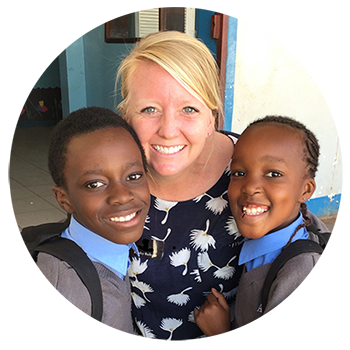 After Baylor graduation, she returned to her high school alma mater, North Crowley, and taught math for six years while earning an MSEd in administration from Tarleton State. Ready for a leadership role, she became assistant principal at Crowley Middle School in 2012.

“I loved middle schoolers,” she said. “It’s such a unique opportunity, because you can just see them trying to choose a path that will shape their future.”

Only one thing could have torn her away — Africa.

As a teacher, Ritter had spent summers in Kenya through Buckner International, but in an administrative role, she no longer had extended time each summer. Instead, she signed up for a two-week program coaching teachers in Lusaka, Zambia.

“On the plane home, I just felt that I was supposed to move there,” she said. “After a few days back at work, I knew I had to do this.”

She moved to Zambia that November, returning to the same school, which was looking for a “fresh start,” she said. She led them in hiring and training staff and then piloted the opening of several more schools.

“I had the opportunity to do so many things I never could have done here, with amazing teachers and kids,” she said. “I kind of thought I’d be there forever.”

After four years, things changed — in a good way. “Part of the mission in my heart was to not be needed, to allow Zambians to take leadership,” she said. “And there was a point when teachers had taken over all the roles I had been in.”

Ritter added, “I tell everyone, if you have a chance to go to Africa, it will change you forever. There’s something about the simplicity of life and the joy the people have.”

When she first arrived in Zambia, she said, she would offer a quick hello in each classroom on her morning walk around the school. “One day, a teacher came to my office and said, ‘You need to look in my eyes and ask me how I’m doing.’ In American culture, we don’t want to interrupt. That was a lesson that changed my world — look somebody in the eyes and listen genuinely to what is going on; learn their stories. That is the way they live — intentionally.”

Back in Texas in 2017, Ritter became academic coordinator for a ministry in Fort Worth serving fatherless boys and their mothers. At a training seminar, the warm-up activity was to describe your dream job. “That made me think of Africa and my love for supporting teachers,” Ritter said. “Teachers have the potential to make such an impact.”

Pursuing that dream brought her back to campus, connected with faculty mentors like Dr. Trena Wilkerson, who counselled her to enter the PhD program, and Dr. Krystal Goree, who had been her intern supervisor. She is also teaching Baylor students enrolled in the SOE’s Master of Arts in Teaching and supervising clinical work in schools.

Ritter is not sure where she will be working with teachers — in the States or somewhere else — but her PhD work will ensure she is prepared for anything.