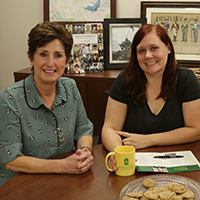 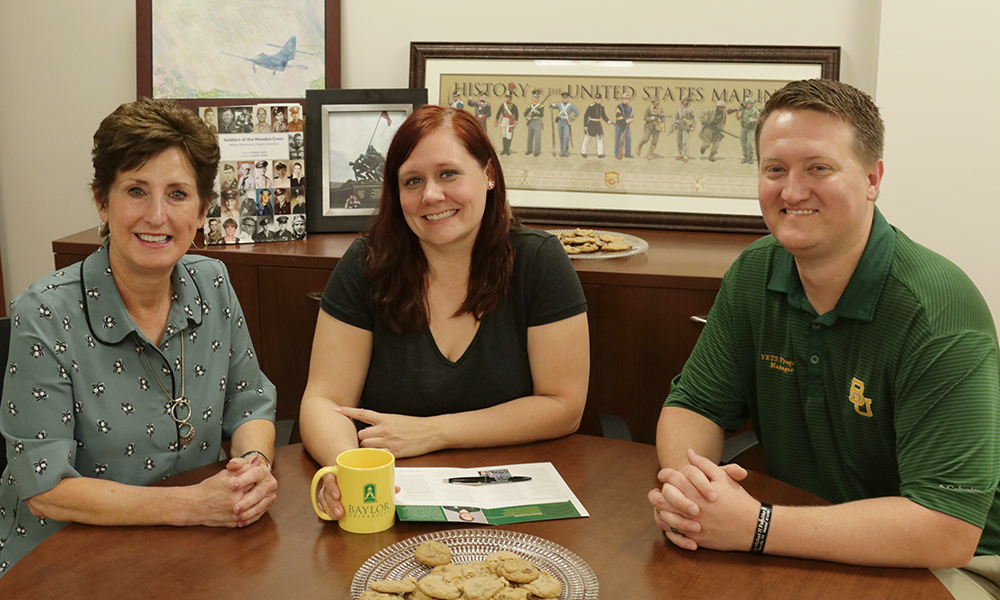 Dr. Janet Bagby, senior lecturer in the Department of Educational Psychology, has long had a passion for supporting student veterans. Inspired by her husband, a business professor who served in the Army, and her son, an active duty Marine, she began to conduct academic research about student veteran experiences at Baylor in 2010.

Her findings led her to organize an official organization, Veterans of Baylor. Then in 2012, she started Baylor’s Veteran Educational and Transition Services (VETS) program, with the mission to support the academic success of Baylor’s student veterans.

Currently, 135 undergraduate and graduate student veterans are enrolled at Baylor. Though Bagby is the trailblazer for the growing support network, she is quick to point out unwavering support from Baylor’s leaders.

“From the beginning, we had support from Baylor administration,” Bagby emphasized. “Every door that I have knocked on has been opened with enthusiasm.”

Bagby said she is confident of the future of the VETS program with the hiring last May of Kevin Davis, BA ’12, a Marine Corps veteran, as the full-time VETS program manager.
And Baylor recently received national recognition as a 2017 Military Friendly School and was recognized on the Military Friendly Top 10 list for large private schools with the ranking of No. 6.

Bagby’s 2010 research study was a series of one-on-one interviews with student veterans about their experiences in the military, how those experiences influenced their transition to Baylor, and how they were
adjusting to college.

Bagby found that student veterans, who are accustomed to the structure and interdependency of military culture, often find it difficult to adjust to an unstructured world. Without built-in military connections, they may have trouble finding the community they need to thrive.

However, Bagby’s research concluded that a university can help by providing a structure to connect veterans. So she set out to do just that — connect veterans to one another — and continues to serve as the faculty advisor for the Veterans of Baylor club.

Mandy Hinshaw, a junior elementary education major and president of Veterans of Baylor, said her transition from the military to higher education was challenging.

“I remember crying every other week my first year out of the Army,” Hinshaw said. “I probably felt lost like most freshman, asking questions like: What am I doing with my life? Do I go to class or sleep in? Will I make friends? But I was a full-fledged adult. Having this identity crisis in your early 30s is not what you expect.”

Hinshaw said Bagby helped her adjust and made a tremendous impact on her life.

The VETS program now encompasses many benefits that help veterans succeed. Baylor supports veterans financially through the G.I. Bill and also participates in the Yellow Ribbon Program, which provides an agreement between private institutions and the VA to handle costs not covered by the G.I. Bill.

Bagby said, “My hope is that Baylor will continue to strengthen the program, so that more and more veterans will look to Baylor as the ideal place to come and complete their degree.”
—by Taliyah Clark
Are you looking for more News?
All NewsArchives