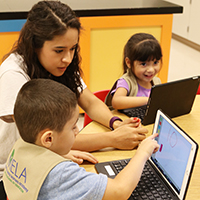 On any given day in the City of Waco, you’ll find faculty and students from the Department of Curriculum & Instruction impacting the community in myriad ways.

As the core of the teacher-education undergraduate program, C&I sends students into the community for faculty-guided field work adding up to more than 87,000 person-hours per year in local schools.
Even in the summer, C&I programs reached out to local students, bringing them to the Baylor campus for enrichment — from a new program in early math to the growing civics education day camp, associated with the iCivics program of former Supreme Court Justice Sandra Day O’Connor. 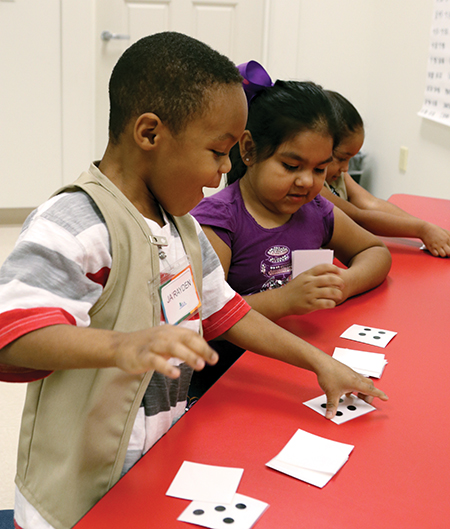 The School of Education conducted a pilot program in early math intervention, Math for Early Learners Academy (MELA) — the brainchild of Dr. Sandi Cooper, professor in math education. The four-week camp targeted 4-to-5 year olds who were entering kindergarten and needed help building number sense, based on assessments. Working with Waco ISD, the camp hosted about 17 students from Brook Avenue School, with classes held at the Mayborn Museum. A research team — led by Dr. Lakia Scott and including doctoral students Ryann Shelton and Keith Kerschen and master’s student Kylie Terry — worked in tandem with the instructors during the summer and will conduct follow-up assessments in the school. Cooper hopes research findings will magnify the program’s impact.

“We plan to follow participants at least until third grade,” Cooper said. “I want to investigate how enhanced experiences with building early number sense makes a difference.

If we have data showing this kind of intervention helps children, maybe schools would embrace the idea and offer this kind of program themselves.”

Another program, now in its fourth year, the Baylor Summer Civics iEngage Institute, has nearly doubled in size, hosting 95 students this summer. Funded by a grant from the Hatton W. Sumners Foundation, iEngage teaches children about civic action through the lens of the powers and processes of the three branches of local government. Campers meet local leaders and office-holders before developing their own action plan for civic change. During the weeklong camp, they learn about the federal government structure by playing digital games on iCivics.org.

Dr. Brooke Blevins, co-director, said, “Not only does iEngage increase the participants’ civic knowledge, skills and propensity for action, it also impacts families and schools.”

The camp is furthering its impact by expanding to new locations, said Dr. Karon LeCompte, co-director. She and Dr. Lakia Scott took the iEngage curriculum to a Freedom School in Fort Worth that serves an all-male population of African-American middle school students.

“The iEngage Camp has proven to us that youth are interested in community issues,” LeCompte said. “They know they have a voice, and they care about making a difference.”
Are you looking for more News?
All NewsArchives