There’s a reason that the words “student debt” are often followed by the word “crisis.” More and more student loan recipients are unable to repay their federal student loans, and that threatens the entire system, said School of Education professor Dr. Robert Cloud.

Cloud — along with co-researcher Dr. Richard Fossey, professor of education at the University of Louisiana at Lafayette — has spent a dozen years researching and writing about the federal student loan program.

“The federal student loan program, in our opinion, is one of the best things that the American people have done for each other,” Cloud said. 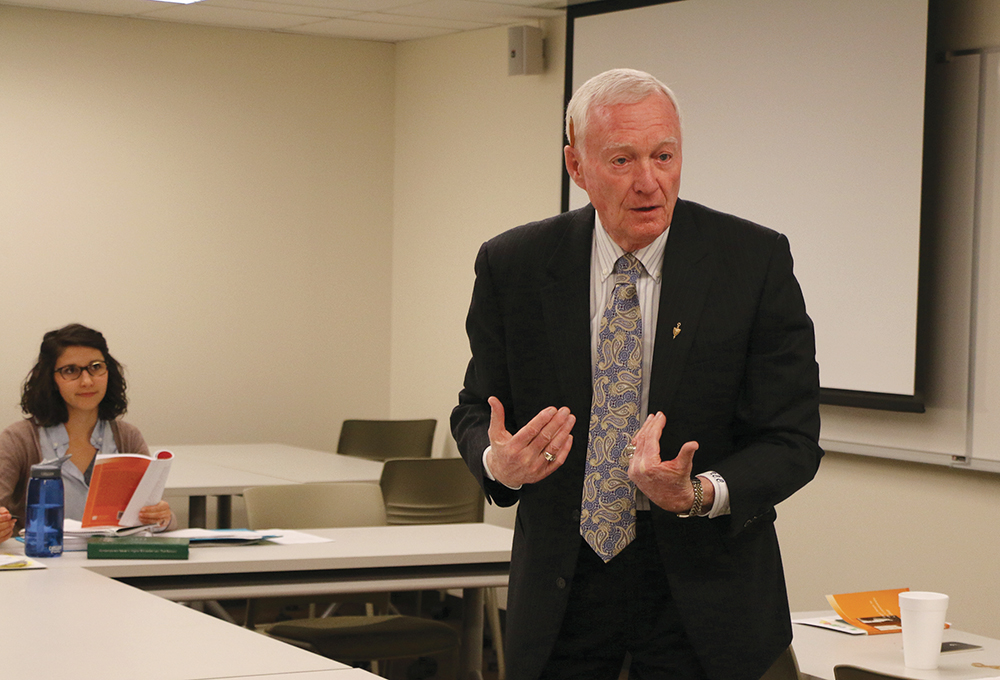 “It’s a perfect example of the citizenry, through bi-partisan support in Congress, helping each other do better. It’s a wonderful concept as long as we all participate in good faith. It breaks down when people cannot or will not repay.”

In recent years, default rates — along with loan amounts — have escalated, Cloud said. The main reasons, outside of general economic factors, are rising tuition rates and the advent of for-profit educational institutions, he said.

“‘For profit’ says it all,” Cloud said. “These colleges spend more on advertising and student recruitment than they do to deliver instruction. The withdrawal rate for students is more than 50 percent, so students don’t earn a degree to improve their job prospects. It’s a lose-lose situation.”

Cloud and Fossey believe that every entity involved in the federal student loan process — the government, the universities and the students — must play a part in saving the system.

Cloud commends Congress and the administration for setting new criteria on colleges to avoid high default rates. In a 2014 article in the Journal of College and University Law, they offered three “modest proposals” for the federal government to implement that are designed to clarify the crisis and provide relief to those who are overwhelmed by student-loan debt.

They suggest the Department of Education (DOE) expand its calculations of student-loan default rates, currently based on a three-year window. Cloud and Fossey said this vastly underestimates the intensity of the crisis. Second, they suggest Congress allow relief from student debt through bankruptcy proceedings, arguing that abuse of the system is unlikely, considering checks and balances already in place. Third, they urge the DOE to continue its efforts to address abuse in the for-profit industry.

Universities can make a contribution to solving the crisis, too. Cloud said all colleges need to do a better job of counseling students about debt. “The college gets money up front, and the loan is between the student and the government, so there is little incentive for colleges to be good advisors,” he explained.

Students and parents bear responsibility, too, Cloud said. Students should never over-borrow and should search diligently for scholarships, work if they can, and live as frugally as they can.

Cloud said his research on student debt and other higher education topics is influenced by his personal experience — from his own days as a college student struggling to make ends meet to his 10-year stint as president of Lee College in Baytown. Cloud, who earned master’s and doctoral degrees at Baylor, has served in administrative roles in higher education since 1969. He returned to Baylor in 1988 and serves as professor of higher education and chair of the Department of Educational Administration.

“I’m studying something that desperately needs studying, hoping to help get a handle on this problem and improve the human condition,” he said.
Are you looking for more News?
All NewsArchives