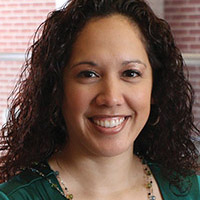 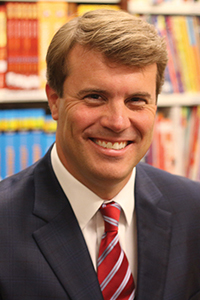 Dr. Michael K. McLendon, dean of the School of Education, is among 15 state education leaders who have been appointed to the Texas Commission on Next Generation Assessments and Accountability.

Lt. Gov. Dan Patrick appointed McLendon to the new commission, which is tasked with developing and making recommendations for new systems of student assessment and public school accountability no later than Sept. 1, 2016.

“I’m honored to be able to serve Texas by advising our state’s elected leaders on how best to design future systems of educational assessment and accountability affecting both K-12 and higher education. The stakes for Texas, for its people and for its economy have never been greater,” McLendon said. 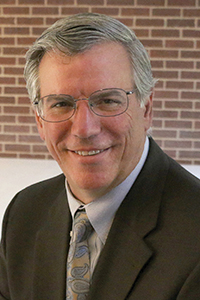 Dr. Doug Rogers, associate dean and associate professor, took office in March as president-elect of the National Association of Professional Development Schools (NAPDS). He will serve as president beginning March 2017.

Rogers has been involved in leadership of NAPDS since the group’s inception nearly 10 years ago. He was most recently chief financial officer. 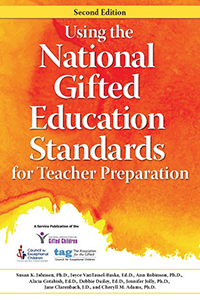 Dr. Susan Johnsen, professor in the Department of Educational Psychology, is the lead author of a new book, Using the National Gifted Education Standards for Teacher Preparation, second edition. The book incorporates the 2013 standards set by the National Association for Gifted Children and the Council for Exceptional Children to help university faculty prepare future teachers in gifted education.

Dr. Lakia Scott, assistant professor in the Department of Curriculum & Instruction, is co-author of a new book, Last of the Black Titans: The Role of Historically Black Colleges and Universities in the 21st Century, with Dr. Greg Wiggan of the University of North Carolina. The book investigates the historical and contemporary role of Historically Black Colleges and Universities, providing a background on the pre-colonial entry of Africans into the Americas, as well as African educational traditions and the struggles for education.

Dr. Leanne Howell, clinical assistant professor in the Department of Curriculum & Instruction, received the Exemplary Faculty Practice Award from The Consortium of State Organizations for Texas Teacher Education (CSOTTE) for her work implementing technology in the classroom for Teaching Associates, who are juniors in the School of Education. Howell designed a program in which the Baylor juniors implemented a different technology with small groups of elementary students each week for a semester. 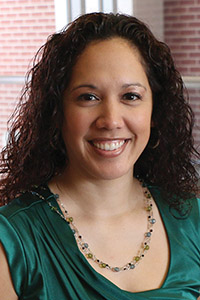 Mainor, Ed.S., L.S.S.P., BCBA, who is a Ph.D. candidate while serving as director of the Baylor Center for Developmental Disabilities, received the title of Outstanding School Psychologist — Specialist Level. Mom, who is serving his third-year internship in Oregon and will graduate in May, was named Outstanding Graduate Student — Specialist Level.

The late Dr. John C. Park, associate professor in the School of Education from 2012 until he passed away in June, was recently honored with posthumous awards by national organizations in science teaching.