Fun Facts About the Number 100 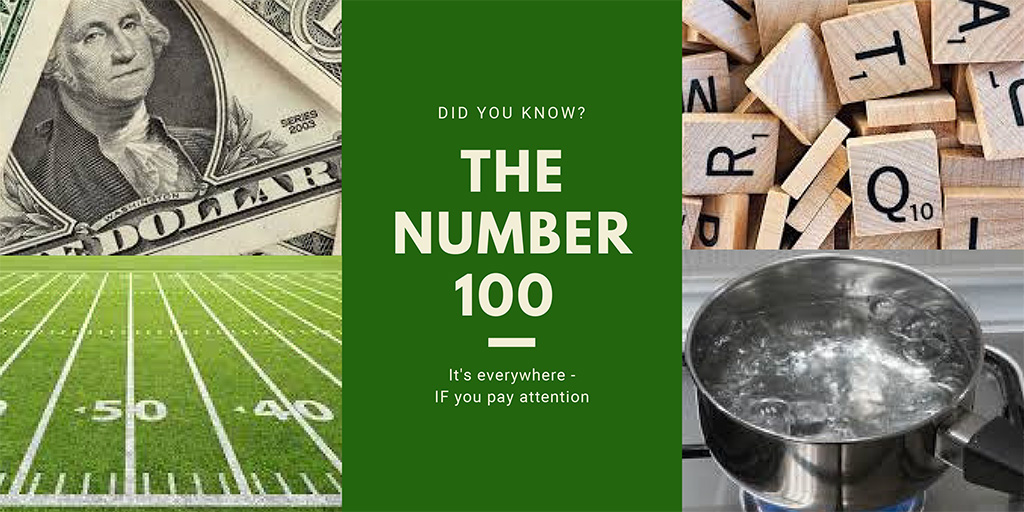 Mathematics educators see mathematics in everything they do and everywhere they go! This may seem strange, but if you look for it, you can have your own “mathematical encounters” in most everything you do! As we celebrate 100 years of the School of Education, we pause to think about the number 100, and would like to share some fun facts.

There are some well-known facts about 100:

Did you know these facts about 100?

What are some fun facts about 100 that you know?

What was happening in classrooms 100 years ago to help students learn mathematics? How has it changed over these years? During the 1920s, psychologist Edward L. Thorndike shared research findings that challenged the justification for teaching mathematics as a form of mental discipline and contributed to the view that any mathematics education should be for purely utilitarian purposes. Thorndike stressed repeated practice and championed a stimulus-response method of learning. Some educators refer to this as “drill and kill” with rote learning, focused on procedural methods, and purely memorization of facts with no connections. With the impetus to make a difference in mathematics education at this time, the National Council of Teachers of Mathematics (NCTM) was founded in 1920, stating that curriculum studies and reforms come from the teachers of mathematics rather than from the educational reformers. Through the years, NCTM has been a significant leader in mathematics education and has become the world's largest mathematics education organization throughout the U.S. and Canada, with more than 30,000 members.

It was not until the 1950s that mathematics learning changed much in American classrooms. A significant historical event occurred that prompted the nation’s leaders to mandate that mathematics learning be reorganized to better prepare students in science and engineering. In 1957, the U.S.S.R launched Sputnik, the first space satellite, and U.S. leaders viewed Sputnik as a major humiliation, calling attention to the low quality of math and science instruction in the public schools. The ensuing “space race” garnered significant momentum, and thus “New Math” was implemented nationwide in K-12 classrooms. This resulted in the development of a number of textbooks for all grade levels, and curriculum that emphasized mathematical structure, the real number system, careful use of language and deductive proofs, discovery, experimentation, and scientific applications. There was more of a problem-solving approach to learning mathematics, which has been found to be a more effective way to learn mathematics, but it was a “huge shock” to most teachers and parents in this time frame.

Do you remember “New Math”? You might have experienced this as a student or even a parent, but it did not last long. There was an enormous outcry from parents because they had not learned mathematics this way and could not see the value of learning it this way, nor could they help their children with homework. By the 1970s, there was a “back to the basics” movement and a shift back to more procedural learning, rote memorization, and an element of “drill and kill.” However, the NCTM would not sit silently and allow this to continue. Beginning in the 1980s, NCTM organized groups of leading mathematics educators to develop and publish national standards for curriculum and evaluation, establishing a movement that would continue to evolve into the mathematics learning in classrooms today. NCTM states that mathematics learning should focus on the development of numerical, algebraic, geometric, and statistical concepts and skills that enable all students to formulate, analyze, and solve problems proficiently. These efforts have supported American scientists and engineers to lead the way in advancing technological innovations, making significant impacts in our society today.

The School of Education is celebrating 100 years during 2019. As we approach the year 2020, the largest mathematics teacher organization, the NCTM will also celebrate 100 years. During NCTM’s Centennial event, our very own SOE faculty member, Dr. Trena Wilkerson, will be inaugurated at President of this prestigious organization. A “mathematical encounter” for us? Well, certainly an example of how faculty in the Mathematics education program continue to lead the way in the national landscape of Education. Happy 100! 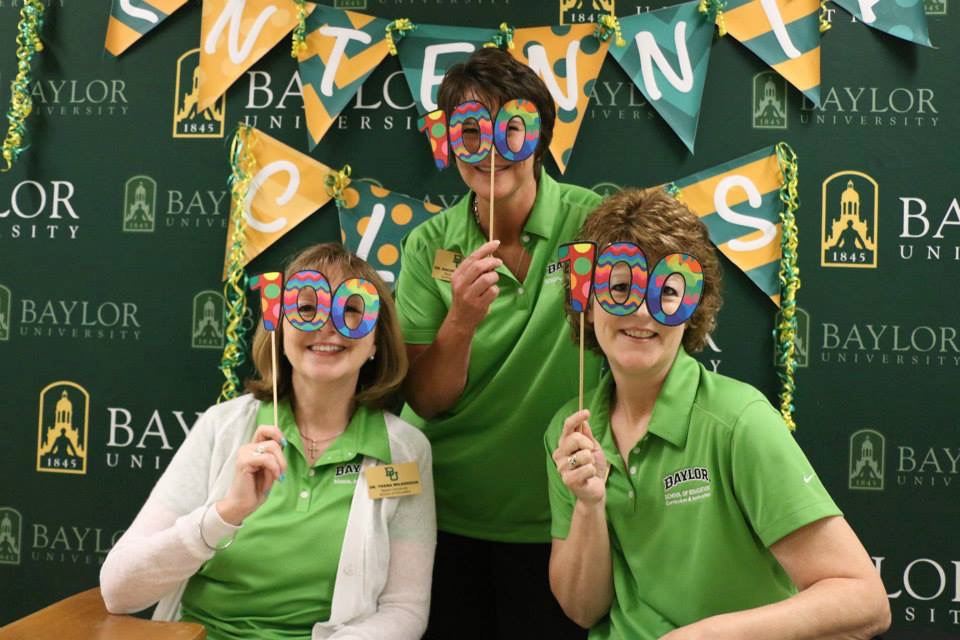 Left to right: Doctor Trena Wilkerson, Dr. Rachelle Rogers and Dr. Sandi Cooper are serious about math education, but they aren't above having a little fun, too!