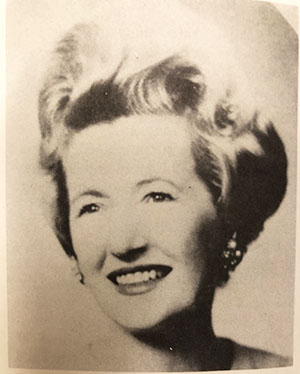 Baylor SOE alumna Catherine Atkinson (Kate) Bell was among the first 12 women inducted into the Texas Women’s Hall of Fame in 1984 by Texas Governor Mark White. A sixth-generation Texan, Bell earned a bachelor’s degree in Education from Baylor in 1931 and a master’s and doctorate from the University of Houston. Bell also studied at the University of Chicago.

After completing her bachelor’s, Bell was hired in 1931 by the Houston Independent School District, where she served for 47 years as an elementary teacher, elementary principal, director of reading, director of elementary education and assistant superintendent. She also taught English classes at night. When a colleague named Lyndon B. Johnson told her he planned to quit teaching and enter politics, she urged him to reconsider and think about becoming a principal. 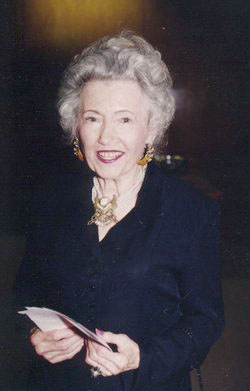 Bell belonged to numerous professional organizations and served on many state committees at the request of officials with the Texas State Board of Education, the Texas State Teacher’s Association and others. In 1954, she was elected president of the TSTA and helped write the Standards for Preschool Education and, as a lobbyist, secured passage of six bills to implement the program. She also represented the U.S. teaching profession in meetings of The World Confederation of Organizations of the Teaching Profession in Paris, Dublin, Abidjan and Sidney.

Of all the honorary educational societies to which she belonged, Dr. Bell was most devoted to Delta Kappa Gamma Society International, a professional international honor society of key women educators. She became affiliated with both the state and national branches of the organization. She served as president of the Beta Omicron Chapter from 1947-49 and was awarded the Alpha State Achievement Award in 1952. The chapter also awarded her the Chapter Achievement Award in 1962.

Other offices and honors awarded to Dr. Bell included being twice appointed to the White House Conference on Education and being listed in Who's Who Among American Women.

Following her retirement in 1976, Houston Mayor Fred Hofheinz and Texas Gov. Dolph Briscoe declared "Kate Bell Day" in her honor. Two years later, Kate Bell Elementary School opened in Southwest Houston. Bell remained active in retirement as a member and president of the Houston Association of Retired Teachers (HART), and she lobbied the state legislature for improved benefits for retired teachers. She also headed the drive to build a suitable office in Austin for the association, while maintaining support for the Henry W. Stillwell Memorial Residence for retired teachers in Waco. 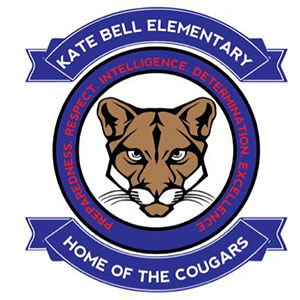 The website of Kate Bell Elementary states Dr. Bell believed in innovation and experimentation in education. “That’s the way it is with teaching, which I believe is a creative art, the most creative of any art,” she said.

Dr. Bell married Houston Municipal Court Judge Will Enoch Bell in 1934 after they met at First Baptist Church of Houston, where Bell taught Sunday School. Judge Bell died in 1963. Dr. Bell died in Houston in 2003 at the age of 95.