The School of Education's journey into its second century may involve letting go of old educational models and embracing new, meaningful forms.

The concept of the creative economy gained popularity around the 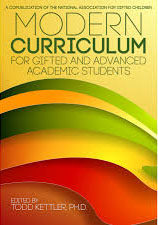 turning of the 21stcentury. News and business magazines around the world documented the impending shift from manufacturing economies to knowledge economies. More importantly, many experts noted the increasing role of creativity as the nature of work was changing in those new knowledge economies.

Creative work has been generally defined as work that involves the generation of meaningful new forms. Meaningful new forms may be new products, new services, new business models, new ideas, or even new policies and practices. Creative work fundamentally involves creating new and useful information or transforming existing information into something new and useful. With the rise of new forms and the emergence of the innovation economy, social scientists began to categorize creative work and to connect creative work to economic growth and expansion. Conceptual metrics of creative work have been combined with workforce data to calculate the proportion of the creative workers in metro areas across the United States as well as most developed countries around the world. In 2005, the proportion of the work conducted in the U.S. that was classified as involving creative work was estimated to be 23%. By 2012, that estimate rose to 30%, and today creative work in the U.S. economy is estimated at approximately 33%. In other words, one-in-three career fields demand proficiency in the development of meaningful new forms.

Creativity and innovation flourish in populations where the proportion of creative work is elevated. For instance, the following metro areas were ranked the highest on the High-Tech Innovation Index, a metric that calculates the generation of patents and the economic impact of creative work: 1) Seattle-Tacoma-Bellevue, Washington; 2) San Jose-Sunnyvale-Santa Clara, California; 3) San Francisco-Oakland-Fremont, California; 4) Portland-Vancouver-Beaverton, Oregon; and 5) Austin-Round Rock, Texas. In addition to their top-ranking in high-tech innovation, those five metro areas each rank in the top 25 areas based on the proportion of the workforce in the creative class with San Jose-Sunnyvale-Santa Clara ranked at the top with approximately 80% of the workforce engaged in creative work. These areas of high-tech innovation are the foundation of the innovation economy, and they attract the most talented creative thinkers and problem solvers in our country and beyond.

Education to develop creative talent ought to be an educational priority. However, most educational policies and practices remain focused on knowledge accumulation and convergent thinking. The deeply entrenched systems of accountability have reinforced schooling outcomes that stand in fundamental contradiction to the skills and capacities demanded by the innovation economy and creative-class work. Some of the most important questions we are asking today explore ways of transitioning learning organizations toward new conceptions of thinking and learning that more accurately reflect the milieu of ubiquitous information. These conceptual models of learning and development replace the concept of teaching as transfer of knowledge and learning as storage of knowledge with new models emphasizing intelligent action. Teaching and learning ought to begin in the complexity of information—its accuracies as well its biases. Students learn to think about and act on information to generate ideas and employ imagination to develop their capacities to see beyond the information toward compelling problems and aesthetic opportunities. Creative pedagogy more than anything makes learning about the generation of ideas and new forms, both theoretical and practical.

Entering its second century, the School of Education finds opportunity in articulating creative pedagogies to model the learning demands of our 21st century innovation economy. Indeed, the learning narrative of this journey may involve letting go of insufficient models of education and replacing them with new ways of finding value and virtuous work in an otherwise raging sea of information. How can learning organizations inspire and prepare students to create new forms that enrich lives and solve pressing problems? How can learning organizations foster complex thinking and intellectual character so that knowledge, work and innovation positively imprint the culture of youth? How might learning and the generation of new forms foster justice, equity, and democracy? Those are our opportunities. 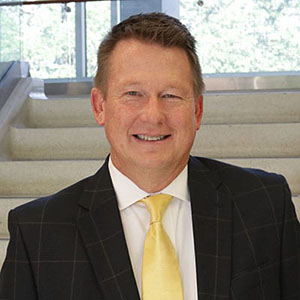 Todd Kettler, Ph.D., is an Associate Professor in the Department of Educational Psychology in the School of Education at Baylor University. He teaches courses in gifted education and talent development, creativity, and the history and systems of psychology with educational applications.

Dr. Kettler conducts research on access to advanced academic learning opportunities in schools, including access to gifted education. He studies the features of learning designs that support outcomes of exceptional performance including the development of critical thinking and creative capacity. His book, Modern Curriculum for Gifted and Advanced Academic Students, won the Legacy Award for the best scholarly book in the field of gifted education in the United States in 2016. That text articulated Kettler’s four-level approach to elite talent development in academic domains.