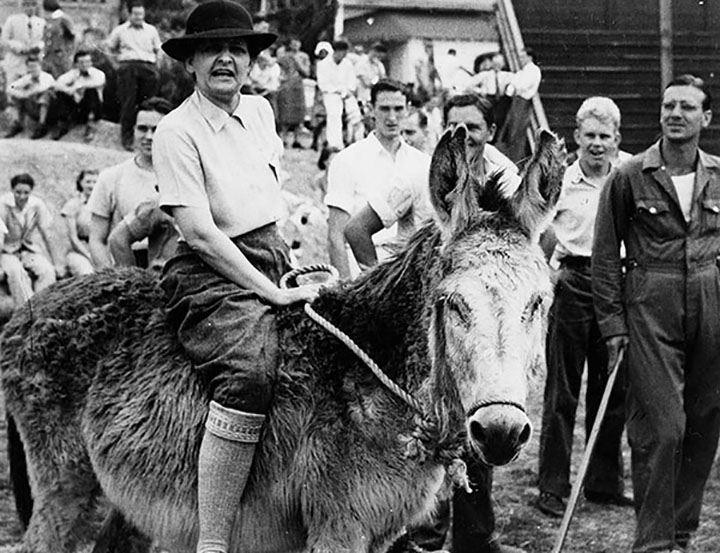 Early Baylor SOE faculty members were serious about preparing young adults to teach, but that doesn’t mean they were incapable of having fun.

Dr. Lorena Stretch, who joined the Baylor faculty in 1926, was the perennial winner of the campus donkey races on All-University Day, now Diadeloso. Every year she showed up for the race wearing her finest equestrian attire. She defended her title vigorously!

A native of Meridian, Texas, Stretch was a lasting presence in the SOE for decades, first as a student, later, in 1926, as a professor and eventually as “Chairman,” or dean of the SOE. During her tenure she is credited with helping grow the SOE into one of the university’s largest schools. 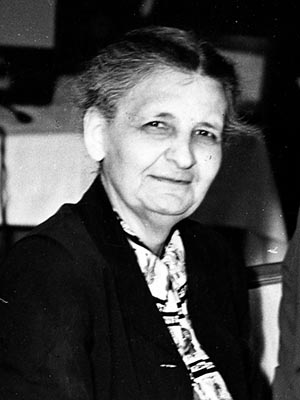 Stretch earned her Bachelor’s and Master’s degrees from Baylor and her Ph.D. from George Peabody College in Nashville.

Stretch taught many of the significant education courses while at Baylor. Serious and sometimes a little stern, she expected a lot from her students, according to an interview with former student and Professor Emeritus Susan K. Johnsen. Under her leadership, the SOE developed and adapted its curriculum to offer more relevant courses along with method education.

"I think she was a very serious educator," recalled Johnsen. "One of the things I remember her talking about in her classes was that teaching was a profession just like every other profession. And if we recall or think about the history of education, you know, it was really not necessarily much of a profession in the early days. Most of the time you just taught without any training."

Stretch advocated for character education and said the role of the teacher was, along with book learning, to develop students as whole people and further their social and cultural development. She spoke often of the significance and prestige of teacher education, and often said effective school teachers must have college degrees.

"One of her big issues was that she wanted us to consider ourselves as professionals, because I’m sure when she was coming into education, that was not always the case," Johnsen said.

Stretch’s work was published in many national educational journals, and she authored several books regarding teaching, curriculum and the education of teachers. As Chairman, or Dean, of the SOE her attitude and achievements shaped the culture of and courses offered at Baylor. She often told students, whether or not they were SOE students, that an education degree from Baylor made graduates more attractive and eligible for higher paying jobs within the educational profession and in other fields.