Interviews with significant figures in the history of the School of Education are archived in by the Baylor Department of Oral History. 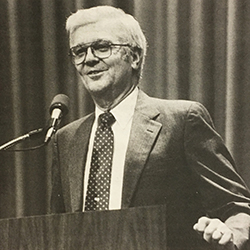 Dr. Bill Lamkin, who passed away in 2011, served as dean of the School of Education from 1981 until 1993. Lamkin held positions at the state and national level in the Holmes Group, the American Association of Colleges for Teacher Education and the Land Grant Deans. He conducted a series of eleven interviews with Baylor’s Department of Oral History in 2001 and 2002, and transcripts 5-11 are here, covering his time as a professor and dean in the SOE. For the first interviews, go to Oral History. (On that page, see the list along the right side.) 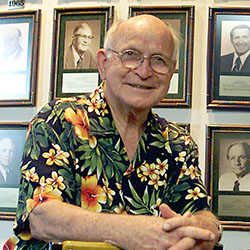 A World War II veteran, coach and teacher at Baylor University for 42 years, Dutch Schroeder was Baylor’s baseball coach for 12 seasons, beginning in 1961 and won a conference championship in 1966. He also taught in Baylor’s Department of Health, Human Performance and Recreation during its time as part of the School of Education (1972 – 2014). He retired in 1999.