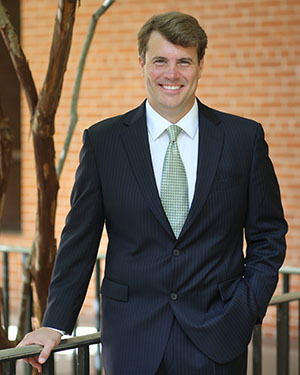 McLendon served as dean while holding a faculty appointment as the Fred and Edith Hale Endowed Professor in Higher Education Leadership and Policy.

Early in his career he served as an aide to a member of the United States Senate in Washington, D.C., and as a policy analyst with the Higher Education Committee of the Florida House of Representatives.

McLendon is recognized as a national scholar in the study of higher education policy and leadership. His research contributes substantially to public debates on education in America. A gubernatorial appointee to the Texas Commission on Next Generation Assessments and Accountability, he regularly advises governors, legislatures and national and state groups on topics ranging from governance and college costs to ways of improving student success, financial sustainability and institutional effectiveness.

McLendon held the inaugural Harold and Annette Simmons Endowed Centennial Chair and served as the academic associate dean at Southern Methodist University’s Simmons School of Education and Human Development. Previously, he was the executive associate dean, undergraduate dean and chief of staff at Vanderbilt University’s Peabody College of Education and Human Development, where he was recognized for outstanding teaching and mentoring.