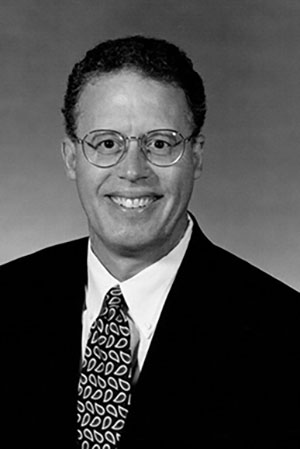 A graduate of Whitworth College in Spokane, Wash., Yinger earned his doctorate from Michigan State University. He was appointed dean of Baylor's School of Education after a two-year nationwide search. He is remembered as a nationally known leader in the field of education reform.

Before coming to Baylor, Yinger was a professor in the Educational Foundations program at the University of Cincinnati. He said living with his family on a small farm in the Ohio valley was an invaluable experience filled with life changing lessons.

Under his leadership Baylor’s SOE began requiring student teachers to complete a one-year teaching internship, the only undergraduate teacher certification program in Texas at that time to offer such an option. During his tenure the SOE’s growing Professional Development School partnership was recognized and chosen by the National Council for the Accreditation of Teacher Education (NCATE) for a three-year field test to determine new national guidelines.

Other changes at the SOE under Yinger’s leadership included the development of a new Ph.D. program in Higher Education and Policy and other graduate programs in K-12 administration

In 2001, Yinger was selected by his peers from all 50 states, territories and the District of Columbia to serve a three-year term on the board of the American Association of Colleges for Teacher Education. He served as president of The Holmes Partnership, a consortium of research universities, public school districts and organizations that worked to advance reform for the education of school professionals. In 2001, he brought the central operation of the Holmes partnership to the Baylor campus.

A former member of the editorial board for the Journal of Teacher Education, Yinger wrote more than 40 scholarly articles and book chapters including "Teacher Planning" in the International Encyclopedia of Education and "Teachers' Practical Thinking and Working Knowledge" in Teachers and Teaching. Additionally, he was a frequent presenter at conferences for such groups as the American Educational Research Association and the American Association of Colleges of Teacher Education.

Yinger served as director of the Cincinnati Initiative for Teacher Education (CITE) from 1987-1996. The work performed under his leadership was recognized as exemplary in What Matters Most: Teaching for America's Future, the 1996 report of the National Commission on Teaching and America's Future.

"Bob Yinger has brought to the School of Education unusual thoughtfulness and prophetic insight concerning the future of public education in America," said Dr. David Lyle Jeffrey, Baylor Provost, at the time of Yinger’s departure. "He has guided and encouraged not only performance in the School of Education, but he has urged his colleagues, and indeed all of us, to contemplate the difficult work of trying to reframe the conventions of educational modeling and the institutional practices that must accompany it if we are to build a system of public education adequate to the democratic needs of a changing America. He has done this work through difficult times, both institutionally and personally, and done so with grace and composure."