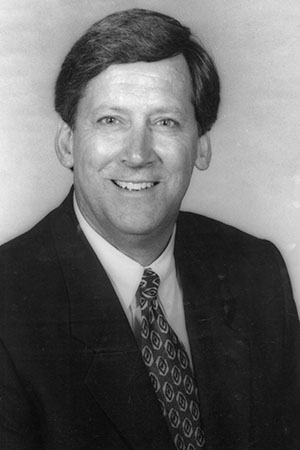 Schmitz joined the Baylor faculty in August 1993 after serving as the associate dean of the College of Education and as a professor of Education and Counseling Psychology at the University of Missouri-Columbia. Schmitz’s areas of expertise included academic administration, counseling and psychology.

A native of Missouri, Schmitz earned a Bachelor’s of Science in Education, a Master’s of Education and a Doctorate of Philosophy from the University of Missouri-Columbia.

During his tenure, Baylor SOE became the headquarters for the South Central Region of the Holmes Partnership, a consortium of major American universities committed to the simultaneous renewal of schools and schools of education. The SOE also assumed editorial and publishing responsibilities for Teacher Education and Practice, the journal of the Texas Association of Colleges for Teacher Education.

Schmitz is also remembered for his “Building Bridges to the Future” campaign, which ushered in grant funding commitments that grew from $50,000 to more than $4 million at the time of his resignation. He helped establish the PARTNERS Project, an effort to connect the SOE to urban and rural schools, other universities, and centers for technology, which allowed additional field-based experiences for Baylor students.

Schmitz introduced Pre-Professional Teacher Interviews to Baylor SOE, created after he conducted research with Gallup Inc. and saw a need for them. The interviews assess students’ readiness to teach and serve as an indicator of future classroom success. He also designed an interest inventory in response to research which suggested academic excellence does not predict teacher performance.

At the time of his departure from Baylor, Dr. Donald Schmeltekopf, provost and vice president for academic affairs, said this: “Dr. Schmitz has exhibited vision, energy, trust and courage as dean, and he has always done so in a respectful and pleasant manner. He has been a terrific dean and a friend to Baylor and the Waco community, and a close friend of mine. We desire every success for him in the future.”