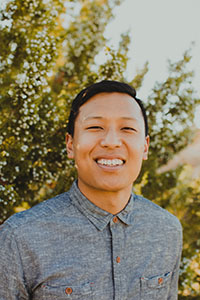 Dr. Samuel Kye was born and raised in the Philadelphia area, where he grew up a lover of all things East Coast. He has since spent most of his years in the Midwest, graduating with his bachelor’s degree from Wheaton College (IL) in 2011 and his PhD in sociology from Indiana University in 2020. He joins Baylor after a postdoc year working with the Population Studies and Training Center at Brown University in Rhode Island. After decades of salting sidewalks and shoveling snow, he is eager for warmer winters in the Lone Star State!

Much of Sam’s research examines racial inequality through the lens of American neighborhoods. He is particularly interested in how communities change, and the factors that prevent the formation of diverse and integrated neighborhoods. Given segregation’s strong negative consequences for minority life chances, many of his projects wrestle with a singular question: how and why does segregation persist? He has shared his findings with several outlets, including NPR’s Noon Edition, Chicago and Wisconsin Public Radio, and articles in Vox, Governing, and The Guardian. In the years ahead, Sam looks to launch projects that further examine the modern role of communities for outcomes related to education, health, assimilation, and more.

In addition to his research, Sam is also tremendously excited to teach and mentor Baylor students. During his time at Indiana University, he served as the co-president of a committee that worked to provide new students in the department with the tools to acclimate and eventually thrive as PhD students. As the chair of the department’s Graduate Recruitment Committee, he also helped in the successful recruitment of the most racially diverse cohort of incoming graduate students in the program’s history. At Baylor, Sam looks forward to continuing to invest in the success of all undergraduate and graduate students, both in and out of the classroom.

In his spare time, Sam can usually be found tinkering on hobbies picked up during the pandemic. His recent kitchen adventures include home made pizzas and sourdough breads. He has his eyes set next on venturing into the world of BBQ, like a true Texan. He also just purchased his first ever fishing license, so you might find him trying to catch crappie and bass on the banks of Lake Waco. Finally, Sam arrives in Texas with his wife, Jamie, and their beloved two dogs, Roscoe and Rebel.