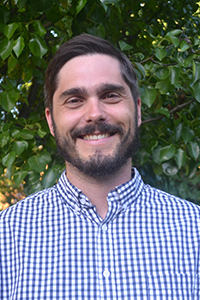 Tim grew up in Alabama, where he completed a B.A. in History with a minor in Psychology at Samford University, graduating in 2005.  In 2009, he received a Masters of Divinity from the George W. Truett Seminary at Baylor University with a concentration in Missions and World Christianity.  After working as an Associate Pastor in New Orleans, LA for five years, he became interested in how well-meaning white congregants talk about and conceptualize race and racism.

Out of this interest, he decided to pursue a career in sociology to explore intersections of race and religion in the US context.  In particular, his primary research interest is how whiteness and religious ideologies perpetuate colorblind racism both within religious congregations as well as in greater society.

After completion of his Ph.D., Tim hopes to teach and research in a university setting.