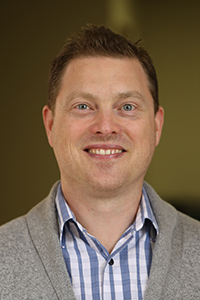 Jason's research interests include science and technology, marriage and family, and social psychology. After completing a BA in religion and philosophy at Northwest University in Kirkland, WA, he earned an M.A. in theological studies at Regent College in Vancouver, Canada, focusing on nineteenth century Protestant thought and the intersection of Christianity with culture and science.

"The sociology department at Baylor was attractive to me because of its unique blend of sociological theory, methods, and statistics."  His areas of interest include the influence of sociopolitical ideology on religious practice, and the effects of pluralism in North America. "Baylor is uniquely equipped to guide my inquiry in these areas due to its resources, such as the Baylor Religion Survey, and its competent and helpful faculty. They have encouraged and supported my involvement in various seminars and conferences in the U.S. and abroad."

When his studies at Baylor are completed, he looks forward to teaching sociology and continuing research.