McLennan County was established in 1850 by the Texas Legislature. Waco village was its largest community and the county seat. The majority of McLennan County’s settlers before the Civil War were from the southern United States, or other regions of Texas. They brought their culture, community and slavery with them.  After the war, some freedmen moved to the city to find work, and several Freedmen communities like the Harrison Switch and Downsville were established. By 1867 black voters were the majority in McLennan County, and they elected Shepard Mullins, an ex-slave, to the Texas Legislature.

Two notable African-Americans were born in Waco. Julius (Jules) Bledsoe, a talented baritone singer and composer, became famous when he was cast as Joe in the movie “Show Boat” and sang the song “Ol’ Man River.” The part of Joe was specifically created for Bledsoe and he helped make the song an American classic. Bledsoe continued to make history as the first African-American artist to be continuously employed by a Broadway theater and the first African-American to sing in the Metropolitan Opera House. He was laid to rest at Greenwood Cemetery in Waco. (Read full article here)

The Historically Black podcast brings the Smithsonian's new National Museum of African American History and Culture to life through interviews, archival sound and music. The Washington Post and APM Reports are proud to collaborate in presenting these rich personal histories, along with hosts Keegan-Michael Key, Roxane Gay, Issa Rae and Another Round hosts Heben Nigatu and Tracy Clayton. (Click here for the podcast)

Learn more about a few of the social work pioneers of color. There are so many, but here are just a few: Social Work Trailblazers

Check out a unique and stunning project featuring images of Black History from the New York Times archives. Roughly five million photos sit in the NYT archives and this project highlights pioneers in Hollywood and hip-hop as well as Malcolm X's house in Queens and much more. The pictures and negatives were never published, and this month the New York Times is publishing a photo a day in honor of Black History Month. Check out the full site here. 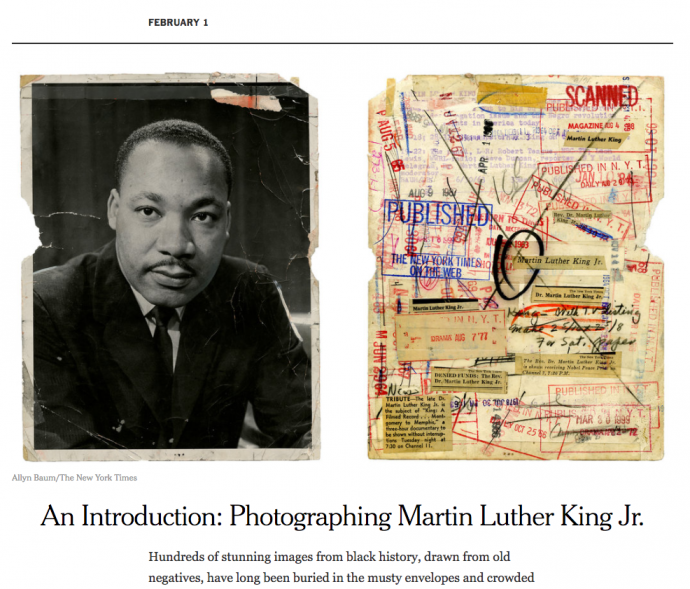