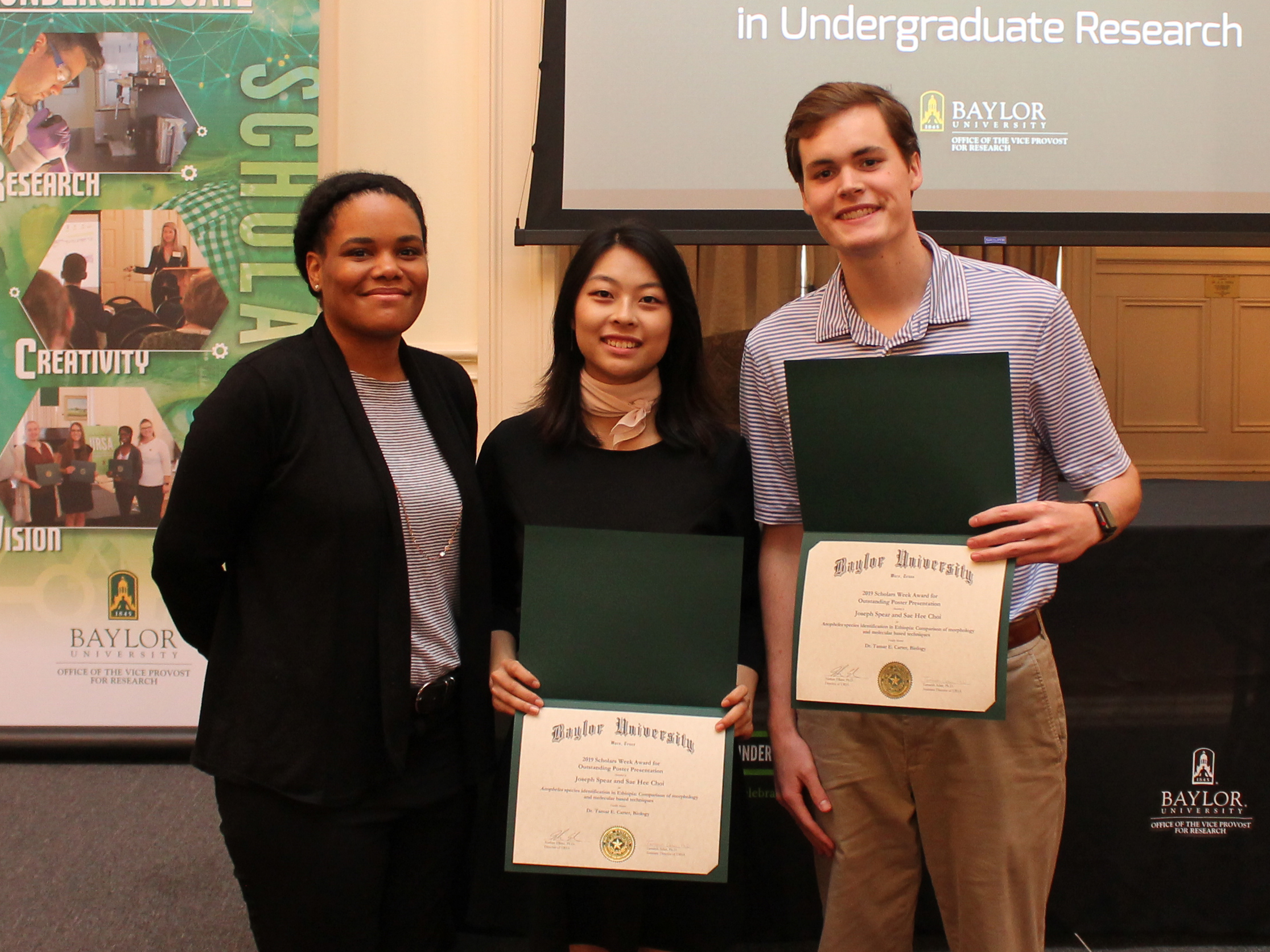 Nathan Elkins, Ph.D., and Tamarah Adair, Ph.D., director and co-director of URSA, respectively, presented the awards at an honorary luncheon which marked the culmination of URSA Scholars Week, the annual celebration of undergraduate research at Baylor.

From among more than 400 students who participated in Scholars Week, 48 undergraduates representing 15 academic disciplines earned recognition for their platform presentations or poster sessions, as well as two faculty members who were named URSA Mentors of the Year and four more faculty who received URSA Excellence in Leadership Awards.

A full list of award winners and photos from the week are available on the URSA website.  Posters from award-winning projects will also be on display in the first floor lobby of Moody Library from Thursday, April 11 through Tuesday, April 16.

Please join URSA and the Office of the Vice Provost for Research in congratulating all the award winners for all of their hard work in support of undergraduate research at Baylor.

The Office of the Vice Provost for Research (OVPR) assists faculty members from all academic units in identifying, obtaining and managing the funding needed to support their research and scholarship. Internal 'seed' funding, matching grant proposal funding, searchable online funding databases, grant writing seminars, proposal support and travel awards to national funding agencies are only a portion of what is provided by the various units comprising the OVPR. Additionally, the Vice Provost for Research oversees the ethical conduct of research and assists researchers in maintaining compliance with applicable policies, laws and regulations as well as providing support in establishing interdisciplinary / international collaborations and industry partnerships.

The OVPR acts as Baylor's representative in pursuing partnerships and collaborative agreements with entities outside the university. The office negotiates sponsored research agreements with industry on behalf of faculty and pursues research, technology transfer and the commercialization of technology. The OVPR welcomes the opportunity to discuss collaborative research and scholarship pursuits that can advance the academic mission of Baylor University to achieve R1/T1 status.