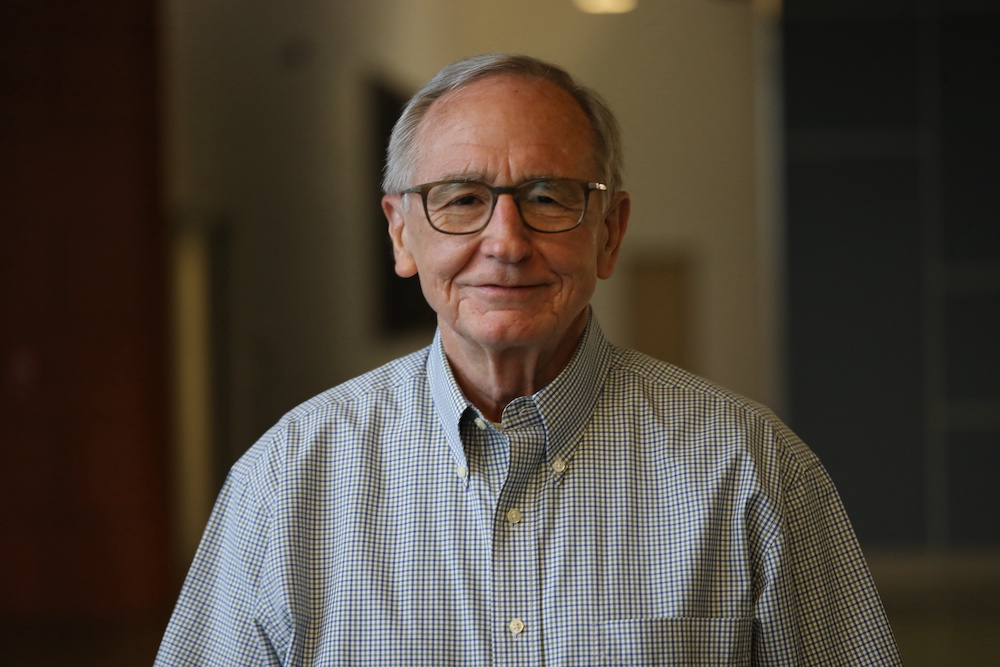 The state of Texas is a fertile field for engineers like Mack Grady, Ph.D., to study the power grid and seek solutions with both local and global impact. Grady, professor of electrical & computer engineering at Baylor, has long partnered with agencies like the Department of Defense and the Electric Reliability Council of Texas (ERCOT) to apply high-level research techniques that model potential challenges and open the door for innovative solutions.

“We have the opportunity here at Baylor to really be a leader in this,” Grady says. “I’ve worked in power for a long time, and I can tell you that the resources we have here make a difference.”

Protecting Communities from a Grid Attack

The United States Defense Threat Reduction Agency (DTRA) was established by the Department of Defense to counter and deter emerging national threats and weapons of mass destruction. Grady has partnered with the DTRA since 2008 to study an issue of national concern: attacks on the electrical grid. Magneto-hydrodynamic electromagnetic pulse attacks, also known as E3 attacks, could eliminate power sources to large swaths of the country. This type of attack has the potential to ruin transmission lines by flooding them with currents to burn out the transformers and render communities powerless.

Grady studies the Texas grid as a model to run simulations on the impact of E3 attacks and pursues practical solutions to reduce that impact through transmission line and transformer design.

“Everything has to come through these big transformers sitting there in the substation, but they’re expensive and very difficult to replace if they're damaged,” Grady said. “If you lost thousands of them in a few minutes, you're going to be without a grid for a long, long time — six months or a year. They're the target because you cannot reestablish the grid quickly. The government is very aware of this problem, but there is little available data to study it.”

That data is being generated thanks to Grady and his students, who examine the impact of an E3 attack in both large municipalities and individual homes, examining resources as large as a municipal power supply and as small as the electronics found in most home. These polar opposite approaches combine to paint a more complete picture of what it would take to reduce the impact of an attack or, better yet, detect and ward it off ahead of time.

“We’ve gathered data no one has yet thought about,” Grady says, “and we’re excited to build on that through continued research.”

Closer to home, Grady partners with ERCOT to specifically study priority items related to renewable energy, power generation and more. A native Texan who has spent most of his professional life in the state, these research threads offer Grady and his students the chance to conduct inquiry that could literally benefit their own homes and their neighbors.

“ERCOT supports research that addresses subjects that could benefit from that kind of focus, and wants to help build programs that support students engaging with these subjects for the future,” Grady says. “They’ve come to us with lists of problems and we are able to do the research to find answers.”

One such project involves community connections. If the power is lost in a community, generators are unable to restart if the grid is completely dead—they require approximately 20 percent of their normal power to get going. One generator is capable of energizing others—but if the power is completely out, that domino effect cannot be easily started. Neighboring communities, however, offer a solution.

“Neighbors will sometimes take a piece of town and connect it to another utility or grid,” Grady says. “We’re talking about doing that on a larger scale, where you could connect enough communities so they could build off of each other. We call it a peninsula. For example, Wichita Falls could connect with neighboring communities and spread out from there. If we could connect enough of these communities, you could gradually power more generators and feed them through those connections.”

Baylor students are examining the best approaches to connect communities and provide data on how such a peninsula could work most effectively.

“ERCOT is a leader when it comes to renewables—approximately 50 percent of power, on the majority of days, come from renewables” Grady says. “We’re working to make them more reliable. Wind power and solar power operate at maximum power, meaning they have no spinning reserve. But most generators are most effective when they run at less than 100 percent.”

Grady’s team examines power reserves that could allow renewable energy sources to operate at less than 100 percent, but ramp up to full power when need be.

“Wind and solar farm operators lose money if they are not operating at maximum capacity, but I think there’s a way to fix that,” Grady says. “We have data from the days when they were unable to operate at 100 percent, and we’re examining what we could do benefit everyone.”

From his lab in the Baylor Research and Innovation Collaborative (BRIC), Grady is motivated to address these problems and train a new generation of high-level researchers to address challenges yet to com. As a team, they seek to study immediate challenges and build proactive solutions for power grids and communities that are stronger, more efficient and more agile when conditions change.

“We’re blessed to have access to data from ERCOT to narrow it down to particular hours in particular areas and simulate a variety of conditions,” Grady says. “That allows us to add in our thinking and expertise alongside the expertise of engineers across the country and do some things that are a really big deal. It’s a great opportunity for Baylor, and we’re just excited to be a part.”
Are you looking for more News?
All NewsArchives