Baylor>Research>About>News>Diplomacy, Race and an Eternal Goal

Diplomacy, Race and an Eternal Goal 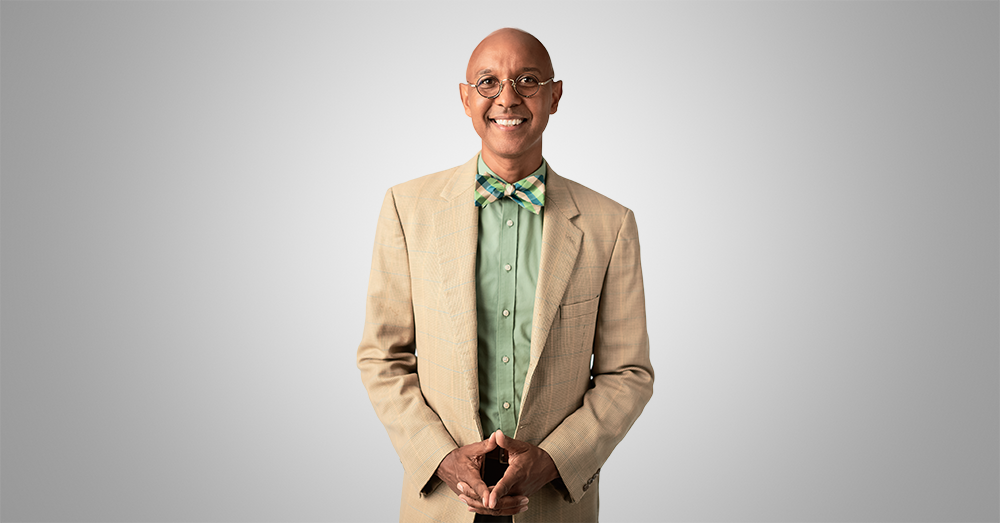 As a leading scholar on American diplomacy, race and religion, Ronald Angelo Johnson, Ph.D., has authored books, composed journal articles and delivered speeches and lectures on key diplomatic moments and players. The lessons he draws from those moments—and what he strives to impart through his scholarship—stretch beyond the details. Johnson elevates the examples they set as people who overcome differences for the greater good.

“Diplomacy, in my book is not just about people sitting in a room congratulating themselves on a treaty. It goes beyond government-to-government relationships,” Johnson, who holds the Ralph and Bessie Mae Lynn Chair of History at Baylor University, says. “Rather it’s people-to-people. It is about the ways in which individuals across spaces work toward solutions to the problems they face.”

Johnson’s insights into such diverse figures as John Adams and Phyllis Wheatley highlight the ways our historic forebears handled differences in their own times. In the process, he illuminates lesser-known heroes and moments that paint a resonant picture of the ways ordinary people propelled the nation to more fully live out the ideals of freedom and equality.

“I hope that people take away from my work that, even as we face very difficult problems, the past can help us find ways of dealing with them. People have always faced challenging issues. It seems to me that if earlier Americans were able to deal with issues like slavery and brutality and find common ground, then we are capable of finding common ground now. One of the great things about history is that it shows us the way that this can be done.”

DIPLOMACY IN BLACK AND WHITE

Prior to serving as a professor and researcher, Johnson served his country as a U.S. diplomat in places like Luxembourg and Gabon, and has drawn on both roles in research projects like his first book, Diplomacy in Black and White: John Adams, Toussaint Louverture, and Their Atlantic World Alliance, the first book to examine the diplomatic partnership between Haiti and the United States during the Haitian Revolution at the turn of the 19th Century.

The alliance between U.S. president John Adams and Toussaint Louverture, a general and leader of the Haitian Revolution who was himself born into slavery, demonstrates the sometimes-contradictory nature of a nation striving to live out its highest ideals, as well as and the benefits of people who step up at key moments.

“When we focus a lens on early Haiti, we more clearly explain the challenges and achievements of our own country," Johnson says. “In the book, I discuss how President Adams helped to permanently eradicate slavery in Haiti while the issue of slavery remained very problematic within the United States. Haiti, in fact, eradicated slavery 60 years before the United States. I’m encouraged by that history when I discover that the ways in which early Americans encountered Haiti. It opened opportunities for our founding generation to make positive strides in terms of race and slavery. That speaks to the fact that we are a people who can do things both different and extraordinary.”

Adams and Louverture formed what, in many ways, was an unlikely partnership for the good of the Haitian and the American people. But both were devout in their faith, opposed to slavery and invigorated to advance the concept of liberty. Johnson says that partnership demonstrates the impact of leadership in pivotal moments. Adams served as president in between two slaveholders, his and his term came at the perfect time to support Louverture’s efforts for a free Haiti.

“U.S. participation in the Haitian Revolution demonstrates that when the right people are in the right place at the right time, they can overcome barriers or stereotypes and do the good and right thing, regardless of what’s around them.”

Through his research, Johnson helps future generations envision their own possibilities within timeless stories of the past.

INDISPENSABLE TO THE AMERICAN STORY

“I love this country. I think one of the greatest things about this country is that we were founded on the principle that we are endowed by our creator with certain unalienable rights, and among them are life, liberty and the pursuit of happiness,” Johnson says. “I love that, imperfect though they were, the founding generation set the expectation that this was going to be the goal of the United States. And I think we are made better by constantly seeking that goal.”

Johnson’s scholarship is compelled by stories that demonstrate this striving and by individuals, such as Phillis Wheatley, whose unsung actions demonstrate the shared history of black and white Americans.

“At the same time that Benjamin Franklin was writing to and about the King of England, a Black female poet named Phillis Wheatley was doing the same. She was an enslaved African in Massachusetts, taken from her home. And yet, in the midst of this revolutionary period, she becomes literate and becomes a writer. One of her first poems was about King George III, and his unequal treatment of white British Americans. Despite being enslaved, she saw herself as a member of American society. She looked beyond herself for the betterment of the nation in which she was living. I find it very poignant that someone could love a place so much that they look beyond themselves, and beyond the very people responsible for their own enslavement.”

Her story illustrates a further problem Johnson aims to address. Wheatley is often mentioned in books about Black writers, Black poets or female poets, but rarely mentioned in the broader conversation with other contemporaries writing about the Revolution at the same time.

“We sometimes section off Black history as an auxiliary area,” Johnson says. “At some level, American history is conceived in our founding story—the revolution, our constitution. Many of those we illuminate during that period are white. But when we include people who also made contributions then, who were there at the time of our creation, it reinforces the value and indispensability of African Americans to the American story. We don’t have to read a book about white leaders, and then one about black leaders. Let’s read about them at the same time.”

The stories Johnson tells are found in books like Diplomacy in Black and White, his upcoming work We Are All Equal, or a volume he recently co-edited, In Search of Liberty: African-American Internationalism in the Nineteenth-Century Atlantic World. Through his research, Johnson advances the historical narrative in ways that will last long after he retires—graduate students who utilize Johnson’s books or articles in their own research, or who serve on future dissertation committees, build a multiplier effect that shines a light on Americans whose stories were previously untold.

In the process, Johnson helps students across the spectrum of racial identities and backgrounds see themselves in history, and recognize their ability to contribute to the realization of the eternal goals of equality and justice.

“Our eternal goal was laid out for us, that all are equal,” Johnson says. “And even as there were people committing injustice and making life unfair for others, there were other Americans, white and black alike, responding that we have a creed to which we commit ourselves that says we can be better.

“That’s why I see the history of this nation as being bequeathed to future generations, including the one we’re in. Our history can be both inspiring and controversial, but in that discomfort, we’re able to see each other not through our differences. Through our shared history, we see our similarities.”
Are you looking for more News?
All NewsArchives