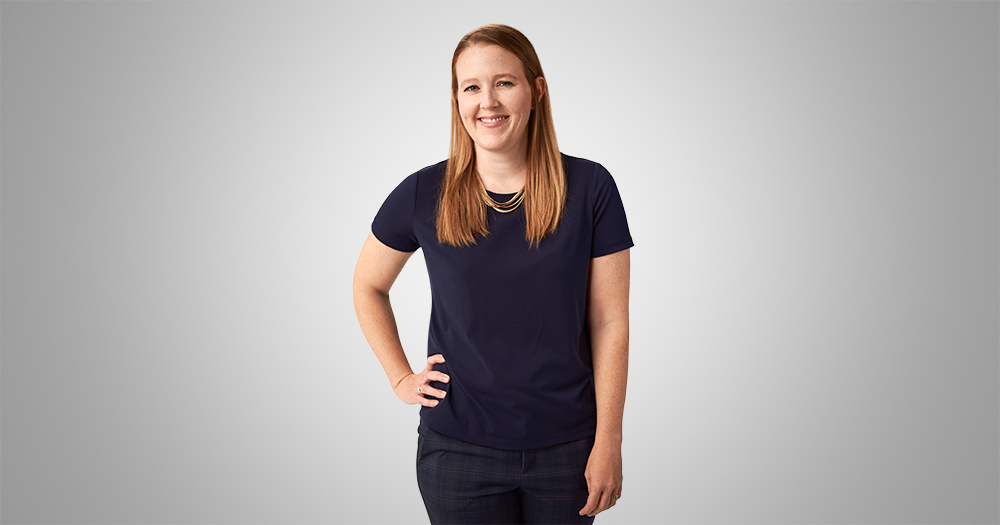 At the intersection of data science, the environment and resource management, Amanda Hering, Ph.D., is partnering with an advanced team of scientists, researchers and industry professionals to pursue an audacious goal: to transform the U.S. water system.

Hering, professor of statistical science at Baylor, is part of a national multi-disciplinary team known as the National Alliance for Water Innovation (NAWI). NAWI was chosen in 2019 by the Department of Energy as the recipient of a competitive $100 million grant designed to bring top minds from higher education, national laboratories, environmental science and more to tackle burgeoning challenges in addressing water needs for communities and the individuals who rely on their services for clean water. Considered a once-in-a-generation effort to address these issues, NAWI utilizes Hering’s expertise as a data scientist whose applied work has long focused on water and the environment. That background made her a natural fit on this mission-driven project.

“Over 75 percent of the world experiences water scarcity at least one month out of the year,” Hering says. “The question of, ‘What are we going to drink today?,’ is often overlooked, but it is a critical component of life.”

Hering’s scholarship plays a significant role in advancing Baylor’s efforts in the burgeoning data science fields, a natural fit for the Baylor mathematics graduate. Applying those skills to environmental issues and vital resources like water, however, was a path she did not initially envision while pursuing her calling in higher education. Before rejoining her alma mater, Hering served on the faculty of Colorado School of Mines. There, she began research into decentralized water treatment plants.

“This was not initially my area of expertise,” Hering says. “But as I was drawn in, I’ve realized that there hasn’t been as much work done as one would think on using data-driven methods to improve treatment and water quality in waste treatment plants.”

Decentralized plants represent a different paradigm than the traditional municipal water infrastructure. Smaller and closer to wastewater sources in rural and outlying communities, such plants are in the exploratory phase. A major potential strength of decentralized plants is also a potential obstacle to be overcome: they do not require a human on-site. They do, however, require a system capable of identifying problems when they occur to protect the people they serve. With an array of potential problems — from oxygen sensor faults to failures in the membrane that separates solids in the water from further travel — a simple equipment error could lead to long shutdowns, with rivers of data to sort through. Hering and her co-researchers have developed statistical methods to diagnose faults and help isolate the troublesome variables to get decentralized plants operational more quickly.

Building on that work, Hering’s role in NAWI focuses on creating autonomous processes in water control systems. As the University’s site director on the research team, she leads Baylor’s contributions to the Alliance, a public-private partnership comprised of 18 leading universities and multiple labs.

“We believe that with scientific innovation we can achieve a circular water economy where water is treated to fit-for-purpose standards and reused locally,” said Peter Fiske, director of Berkeley Lab’s Water-Energy Resilience Research Institute and executive director of NAWI. “Local reuse would eliminate the need to move water, thus reducing one of the largest energy costs associated with our centralized water system, which is the cost of transporting water over long distances.”

Their work supported by the five-year, $100-million grant is underway. Over the last year, Hering and collaborators with Oak Ridge National Laboratory and Colorado School of Mines have experimented with approaches to process data from a water treatment system and incorporate it into model predictive control, which uses the data in real-time to make optimal operational decisions.

“If we can really build this in a data-driven way, the idea is that we can take this approach and use the data to operate the for optimal efficiency,” Hering says. “Then, we could take that approach and apply it to new systems elsewhere. That’s our goal, to show that this approach is transferable and effective.”

In just over a year as a part of the NAWI team, Hering has engaged in work that she describes as some of the most intense and interdisciplinary projects that she has served, commensurate with the magnitude of the impact they pursue.

“We are seeking to solve big problems, and this requires a team of experts from diverse fields working together to build robust solutions, Hering says. “It isn’t easy, but it is very rewarding work to see all of the pieces come together in the end.”

As a leader in statistical and data science, Hering maintains an intense interest in advancing her discipline by creating opportunities for students. In 2019, she was awarded a $1.2 million grant from the National Science Foundation (NSF) to create a data science curriculum.

The fruit of that grant is a Data Science Corps class at Baylor, which has now grown in two semesters since its inception and includes contributions from computer science colleagues. Hering partners with industry to provide students with real industry data and problems, showing students how work through every phase of utilizing data to solve real world challenges. In addition to classroom opportunities, students can participate in a paid, five-week research experience that includes visits to labs and travel opportunities to wastewater plants. Open to students across all majors and disciplines, faculty help students see how understanding of data utilization can open avenues for additional career opportunities, greater understanding of challenges in their industry, and the chance to solve meaningful problems.

From those experiences, Hering and her partners are starting a workshop for professionals in the water and wastewater treatment industry. Beginning this October, the workshop will present the basics of data science to those who serve their community’s water needs.

“There are plenty of data resources available, but it’s harder to discover how to use the data to solve a specific problem,” Hering says. “So, we will meet practitioners where they are and use examples from the water and wastewater treatment fields that they will actually use. That makes the barrier to entry much lower.”

Baylor University is developing a greater data science ecosystem as well through focused growth and investment. Data Science is one of five signature academic initiatives within Illuminate, the University’s strategic path to preeminence as a Christian research university. Data science is a truly collaborative discipline, with Hering’s research illuminating the possibilities for data to improve the human condition and address global challenges.
Are you looking for more News?
All NewsArchives