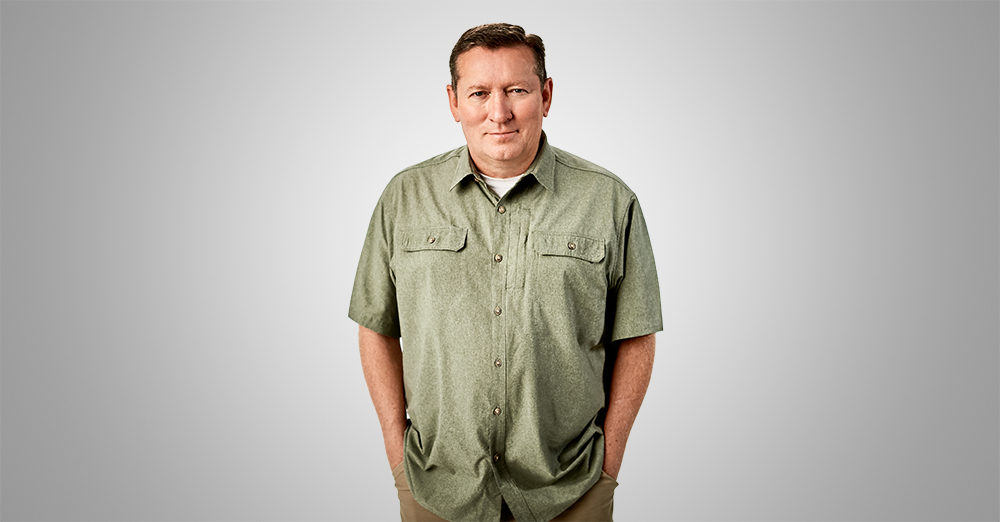 According to the United Nations, more than half of the world’s population now lives in urban areas, with virtually all countries across the globe becoming increasingly urbanized. From access to food and clean water, to sanitization and pollution abatement, the environmental strains placed on these rapidly changing trends in human settlement call for intentional and creative solutions. At the forefront of efforts to investigate and address these challenges is Bryan W. Brooks, PhD, Distinguished Professor of Environmental Science and Biomedical Studies at Baylor.

As the grandson of a missionary to the Philippines and Guatemala, Brooks grew up hearing stories about well-drilling to provide clean water to communities and support infrastructure development for basic electricity – an early lesson in the importance of the water, energy and food security nexus. Despite this early immersion, the possibility of being a world-renowned environmental science researcher was not on Brooks’ radar, even as a biology major during his undergraduate studies.

“I never thought about water as a career,” Brooks said. “I took an elective class as an undergraduate in aquatic science and it was the most fascinating class I’d ever had. I went to the professor after class to learn more and I ended up getting involved with his research. He became my graduate school mentor. I’ve tried to impart a lot of those things to my students at Baylor – the integration into inquiry.”

Though Brooks’ work has taken him across the globe many times over, the direct work of lab is more often found in the waterways and communities closer to home.

“We work on things like harmful algal blooms, funded by the National Institutes of Health, to study how conditions are changing,” Brooks said. “Some of that is influenced by development, and urbanization can actually promote organisms that can make really nasty toxins. Some of the more potent neurotoxins and hepatotoxins contaminate our drinking water supply, which can then contaminate our food supply as we look to feed the world. By 2050, we need a 200 percent increase in food production, just for low and middle income countries around the world.”

As urbanization increases, the challenge becomes a lagging effort to effectively, efficiently and equitably protect the health of the local communities and protect people, the environment and food supplies. This directs Brooks’ focus to the identification of potential problems and a prioritization of efforts.

“We identify key research needs across disciplines. We are heavily involved in this area,” Brooks said. “We’re involved with wastewater-based epidemiology. We study cities and identify changes in the health of the population from testing and tracking sewage systems, which often can provide early warnings of problems ahead."

For Brooks, the key to training students cultivated with a strong desire to change systems comes down to a focus on advancing knowledge and then translating that knowledge into practice.

“I sometimes joke with our students that by the end of class, you become afflicted by perhaps knowing too much,” Brooks said. “But with that knowledge comes understanding and the responsibility to be able to try to make a little difference, be an agent of change, to try to help others. We sometimes say that we’re trying to help people we’ll never meet and maybe save some organisms that we’ll never see.”

A recognized leader in environmental health, Brooks has led conversations on every continent except Antarctica to address region-specific challenges through the Global Horizon Scanning Project. These conversations convene a variety of stakeholders in industry, public health, the non-profit sector and more to support interdisciplinary conversations that could not occur without purposeful leadership and commitment. Closer to home, he’s led similar projects in partnership with the Centers for Disease Control and Prevention and the National Environmental Health Association.

As Brooks’ research has caught the attention of governmental agencies and humanitarian organizations locally, nationally and internationally, curiosity continues to be the driving force behind his research.

“I’m in a number of different positions now that are pretty unique. But none of it was planned. It all started with curiosity and then the realization that it’s a complex world. You need to work with other people across disciplines, across sectors, across continents.”

In a world where cyclical survival challenges have faced humans for centuries, the outlook for changing them can feel bleak. Brooks is sometimes asked what motivates him and his team to constantly push forward.

“I think you start with a specific issue,” Brooks said. “You look at the problem, the circumstance, and you focus on that particular topic or issue. That’s where you actually see where a difference can be made. I’ve been fortunate in my career where some of our research has been used by different governments around the world to make changes in the way we do things.”

It’s a heavy weight that carries with it a sense of responsibility for Brooks – not just to those millions of individuals who will benefit from his work that he may never meet, but to his own children.

“I have two young daughters. No offense, but I’m probably most interested in the long-term wellbeing and health implications for kids in their age group and younger around the world,” Brooks said. “If we’re supposed to ‘occupy until He comes’ as it reads in Luke, then we have a responsibility to enrich and to be more sustainable so that what our children are inheriting has actually benefited from our efforts. When I say our children, I mean all the children of the world. I’ve looked in the eyes of children in a lot of other places who did not have the same circumstances we enjoy.”

In the end, Brooks’ work is motivated by the opportunity to make incremental changes to systems. Partnerships with individuals, public organizations, nonprofit organizations and businesses create opportunities to build towards making those differences together.

“Faculty, staff and students at an institution like Baylor, with such a rich and unique Christian mission, help build towards that change,” Brooks said. “I don’t see how things like clean water, safe food, healthy homes – basically the connections between an environment and health or national resources – could be any more closely aligned with our unique mission at this University. My hope is to train students to do more and accomplish more than I ever will.”
Are you looking for more News?
All NewsArchives