Baylor>Research>About>News>Diapause as a Tool for Mosquito Suppression

Diapause as a Tool for Mosquito Suppression 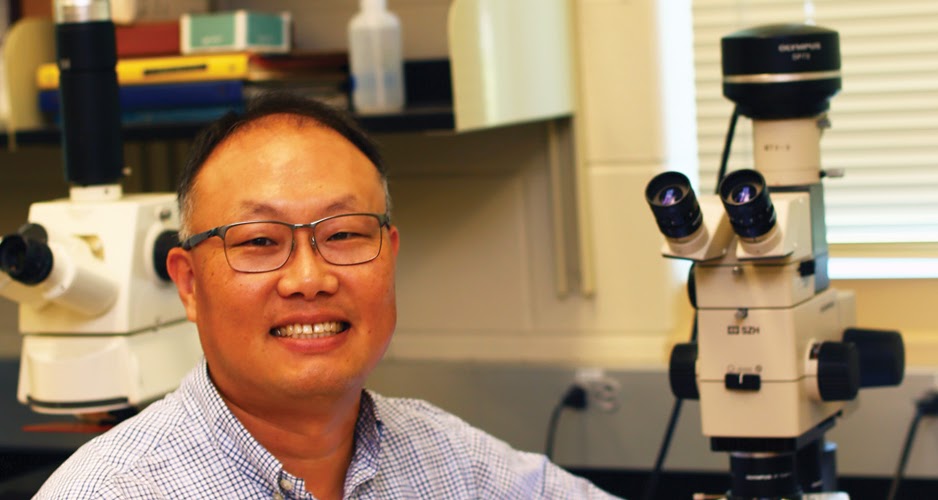 “One of the most effective ways to control infectious diseases is to control the mosquito population because they carry them to humans,” says Cheolho Sim, Ph.D., associate professor of biology and member of Baylor’s Tropical Disease Biology Group.

Sim’s research focuses on vector borne diseases and genomic studies that can lead to the suppression of mosquito populations. He recently earned a National Science Foundation (NSF) grant to pursue a new a new avenue—tricking mosquitos so they do not prepare for winter. The $532,702 grant will fund genomic research into the roots of diapause. Diapause is the process, embedded within mosquitoes’ DNA, that tells them to prepare for winter. Triggered by diapause, they eat more and enter the cold season fat and prepared to survive—which means diseases like West Nile virus survive as well. Scientists know little about the genetic coding that spurs diapause, so Sim and co-investigators from Ohio State University will study the “clock genes” that impact circadian rhythm to determine their impact on diapause.

Untangling this relationship could allow scientists to “control the genetic on and off switch that initiates diapause, and when the winter comes, the mosquito and the diseases they carry could not survive.”

This story originally appeared in the Summer 2021 edition of Baylor Magazine. To learn more about Dr. Sim's research, hear his insights on a recent episode of the radio program and podcast, Baylor Connections.
Are you looking for more News?
All NewsArchives