Baylor>Research>About>News>Reading the Clues in Minerals and Gemstones

Reading the Clues in Minerals and Gemstones 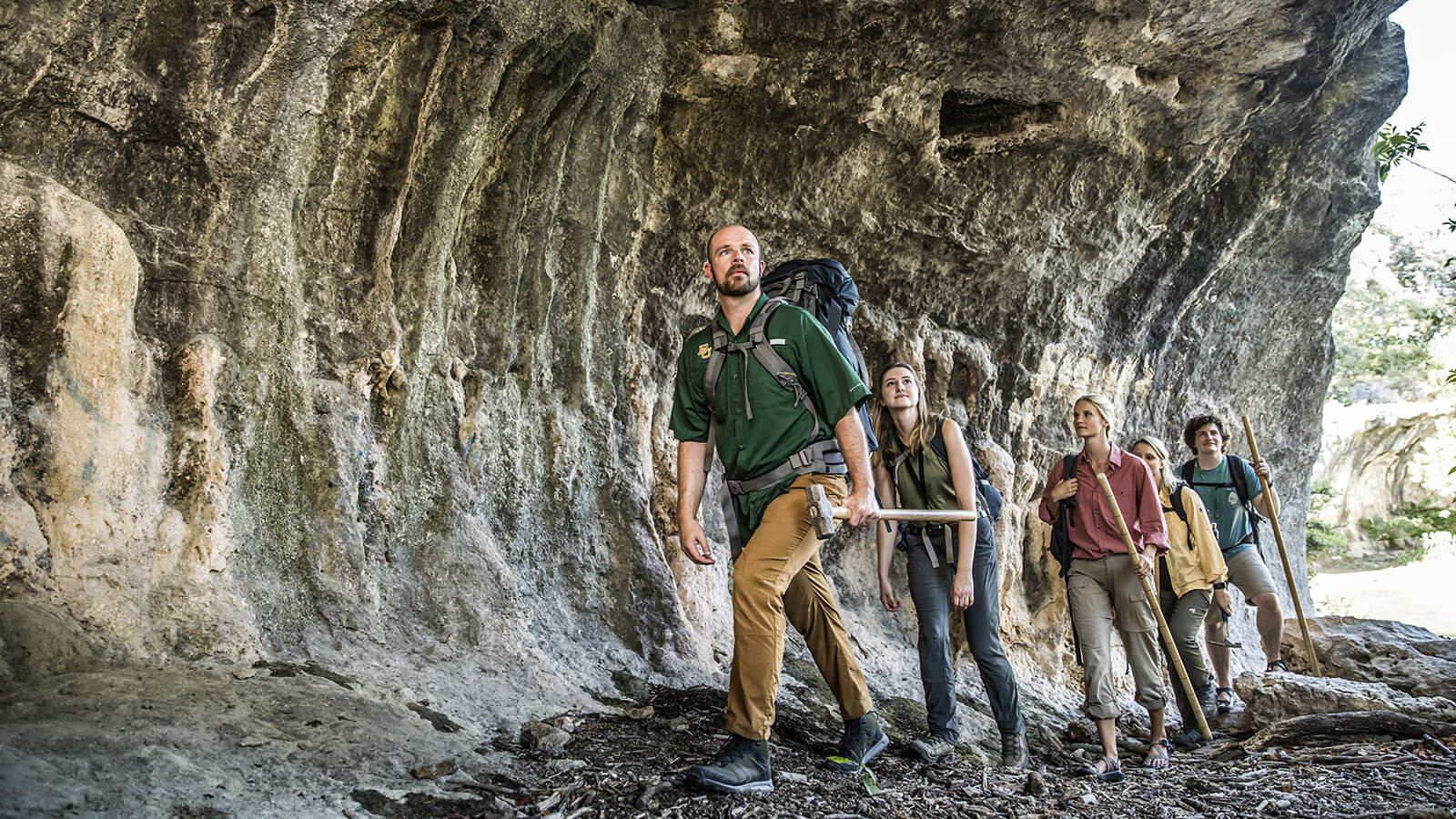 “There’s something about volcanoes and gemstones that capture people’s imaginations,” Kenny Befus, Ph.D., assistant professor of geosciences at Baylor, says.

Befus speaks from personal experience; his early interests have grown to recognized scholarship and discovery as a Baylor faculty member. Aspects of his childhood avocation are now part of his vocation. Befus advances understanding of volcanic impact and geological forces through an innovative way to study gemstones, minerals and volcanoes and their relation to each other. Earlier this year, he earned a prestigious National Science Foundation (NSF) CAREER Development award to examine geological clues in gemstones.

From Baylor’s home in Central Texas to sites around the world—as far-ranging as Yellowstone to the Amazon rainforest—Befus and his team aim to use the samples they have collected to serve as the foundation of a new way to connect gems and geoscience to evaluate volcanic activity.

Geological forces below the Earth’s surface influence volcanic activity, raise mountains, shift continents and more. Befus focuses on measuring these dynamic tectonic and volcanic forces, which are fundamental to understanding plate tectonics, seismic and volcanic hazards and changes in landscapes.

Recently, Befus partnered with researchers from other Texas research universities to uncover a global cooling mystery. Scientists have discovered that, approximately 13,000 years ago, the Earth cooled dramatically—nearly three degrees Centigrade—and long believed a meteorite to have been the cause. An analysis of the sediment in a Central Texas cave, however discovered not one, but four spikes in cave sediment platinum content, ruling out an extraterrestrial impact. The geochemical evidence instead pointed to a cause that intersected with Befus’ expertise.

“These signatures were likely the result of major eruptions across the Northern Hemisphere,” Befus said, “including volcanoes in the Aleutians, Cascades and even Europe.”

The findings, reported in the journal Science Advances, provide a deeper insight into the forces that impact the earth both below and above the surface. Such discoveries can have a predictive element as well—greater understanding of these forces would allow for better preparation ahead of hazards and natural disasters.

Geological Records in Minerals and Gems

So, where do minerals and gems fit in?

Major geological forces cannot be measured directly. However, the dynamic environment they create puts stress on minerals and gems, which have crystalline structures. Befus posits that these crystal strains, if identified and measured, provide quantifiable in-situ records of geological forces. His team is focusing on crystals ejected in volcanic eruptions.

“The biggest new technique is the synchrotron. It’s like a particle accelerator that has been retrofitted to make different types of measurements. I’ll maybe bring 100 crystals, each the size of a grain of sand and, combined, the size of a golf ball to a particle accelerator in Berkeley, California. Then I have 48 hours to use it by myself or with a student. We have to run it, nonstop day and night, because it is so competitive to get that time."

Befus, who joined the Baylor faculty in 2015, was one of four young faculty members to earn an NSF Career Development award in 2020—a school record for one year. As Baylor pursues a compelling vision to become an R1 research institution and a preeminent Christian research university, research that addresses significant challenges and draws significant funding and recognition dramatically bolsters those efforts.

“Funding from external grants is the most important metric for Baylor to attend to right now to accelerate reaching our R1 aspirations,” said Baylor Provost Nancy Brickhouse, Ph.D. “These awards provide honorees with multi-year funding for their research, enabling them to support undergraduate and graduate students working in their laboratories. There is also a kind of prestige that goes along with a career grant because it signals that an external funding agency has selected them as someone they see as a role model teacher-scholar.”
Are you looking for more News?
All NewsArchives