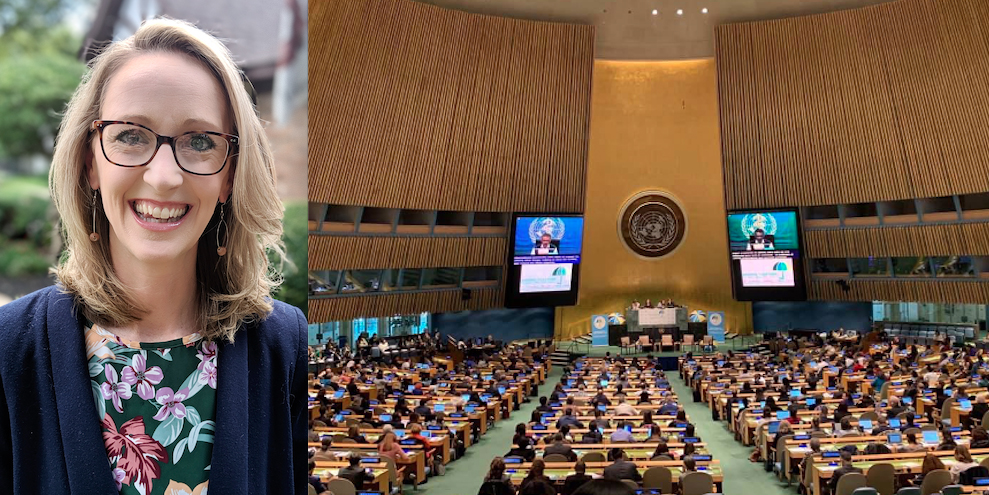 For most families in Somaliland, one of the poorest countries in the world, an accident or condition requiring surgery is more than inconvenient—it’s life-altering and, often, unavailable. Either they make the great sacrifices required to receive the care they need or, unable to meet the cost and effort required, they simply go untreated. Emily Smith, Ph.D., assistant professor of epidemiology at Baylor, estimates that approximately 246,000 children have a surgical need and 75 percent of these needs go untreated, for a variety of access and poverty-related reasons.

“There is a huge need around the world,” Smith says. “Children who need surgery often don’t receive that care. We worked in Somaliland to accurately identify the burden of surgical conditions, and examine the barriers to that care, with poverty being the main barrier. I couldn’t imagine as a mother myself having to make the extremely hard decision to pay for a child’s surgery or feed the rest of the family. That’s the decisions many mothers around the world are having to make.”

Smith co-led the study, published last year in the Journal of the American Medical Association, which uncovered data related to the myriad challenges faced by those needing care—most all of which relate to poverty. For most families in rural Somaliland, the nearest surgeon can be between four and 24 hours away. Cost further complicates the ability to receive treatment, for issues ranging from acute wound conditions, that are debilitating if not treated, to congenital deformities, many of which are highly fatal if not treated. For example, a condition like gastroschisis has a 1% mortality rate here in the US, but has a 90-95% mortality rate in low-income countries. This disparity is an issue of access to care and poverty. Somaliland is ranked by World Bank as the fourth-poorest country in the world, with an annual income of $350 per person.

“Our study found that a child with a surgical need in the home is a main predictor of going into poverty and never coming back out,” Smith says. “Eighty percent of people in low-income countries can’t access what they need in terms of surgical care in a timely manner.”

One couple interviewed shared a story that acutely encapsulated challenges faced in Somaliland and in low-income regions around the globe. Their infant child’s hydrocephaly, or a build-up of fluid in the brain, required regular trips to a surgeon. Each trip to the surgeon—a five-hour bus ride away from home—forced the family to sell assets or borrow money to treat their child.

“It’s important to let people define their problems, share their stories, and for us to listen in humility and compassion,” Smith says. Researchers interviewed nearly 900 families throughout the country to glean quantitative health data, qualitative information about the burdens they faced and geospatial analysis to determine areas where surgical care was most needed or could be more easily accessed. “The people we interviewed know their homes and context better then we do. My job was to take that data collected and figure out why there are health disparities, and what factors ranging from geography, poverty and even regional conflict can have on those outcomes. As a mother myself, the work is very meaningful to me and continually reminds me how important equity is in global health.”

Smith’s research was done in collaboration with the Global Initiative for Children’s Surgery, along with researchers from the Duke Global Health Initiative, where Smith served as a research scholar and remains an adjunct Assistant Professor of Global Health. It was through her time at Duke that she became a researcher for the Initiative, a non-governmental organization (NGO) comprised of doctors and medical professionals from over 100 countries whose mission is to help children worldwide access surgical care.

“As an epidemiologist, my goal is to learn how we can scale up the services in a place like Somaliland on the country level to meet those needs,” Smith says. “I work with doctors and surgeons through the Initiative to bolster their research capacity. I explain my contribution to them as, ‘you do the surgery, give me the data and I will hopefully make it come alive.”

Implementation, through targeted intervention, is the next step.

“Money, hospitals and doctors are greatly needed. We know how many pediatric surgeons we need, and we know the hotspots in the country that need a new hospital, referral system or ambulance. Now, we want to find the money to be able to implement that, through grants or donors, to increase access to children’s surgery.”

Real data not only has the potential to empower individuals and the quality of life not only in Somaliland, but in other nations around the globe. The Global Initiative for Children’s Surgery’s work caught the attention of the United Nations (UN), and Smith was chosen to present at last year’s General Assembly and future international efforts to increase access to surgery.

“I never would have anticipated my work would help put us on the stage to be able to go to the UN,” Smith, one of the only non-surgeon or health provider within the Initiative, says. “Only one member of each organization presenting was able to go to the main summit, and I was deeply honored they chose me to go.”

Smith presented at the UN’s Summit on Universal Health Coverage last April and again at the General Assembly Meeting last September, using data from her team’s research on child surgical needs along with other work from the Global Initiative for Children’s Surgery. on the UN floor alongside governmental representatives and private organizations like Gates Foundation, UNICEF, and PEPFAR, she advocated for universal health coverage for children with surgical needs.

“I think it’s so important to highlight the need for surgical care,” Smith says. “I think when people think of surgery, they may think it’s too expensive and too specialized as a higher-income country type of privilege. But some of our work has shown it’s actually as cost-effective as a bed net for malaria or immunization for children or public health programs already going on in low-income countries. Take, for instance, a club foot or cleft palate. An untreated club foot prevents a student from walking to school, thus perpetuating the cycle of poverty. A cleft lip or palate impairs their eating. So, maybe they can go to school, but not receive proper nourishment, thus resulting in malnutrition and stunting. We need to think seriously about what disability can do to a person and how, untreated, they can increase the cycle of poverty.”

Smith’s research is part of a growing epidemiology and public health focus at Baylor. In 2018, Public Health became its own department within the Robbins College of Health and Human Sciences, and recently added a concentration in epidemiology. Health is one of the five signature academic initiatives of Illuminate, Baylor’s strategic plan, highlighting the University’s commitment to focusing the topic from a variety of disciplinary angles. That focus promises many opportunities for interdisciplinary research and partnerships across campus, Smith says, that will not only enhance the University’s research output, but make a true difference.

“To me, that's what epidemiology is. It's bringing a lot of people together to identify problems within countries, whether at the UN or on the ground, to improve lives. We’re not only publishing, but intervening after that research for the good of people.”
Are you looking for more News?
All NewsArchives