Baylor>Research>About>News>Connecting the Dots Between Autism and Epilepsy

Connecting the Dots Between Autism and Epilepsy 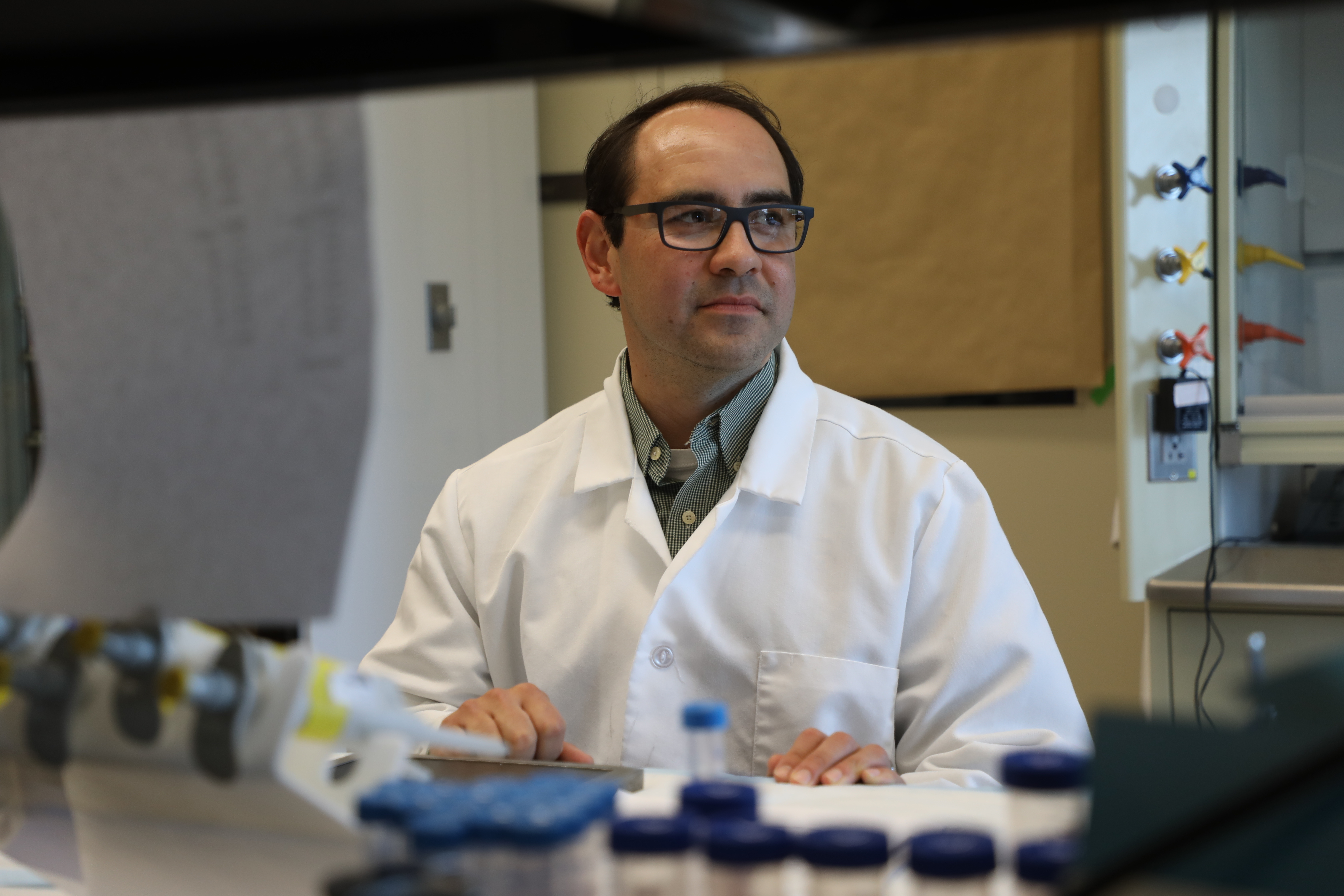 Little is known about the roots of autism. The condition’s elusive nature and growing numbers have placed it at crossroads of intense attention but sparse understanding, leading many people impacted to “grasp at whatever they can,” Joaquin Lugo, Ph.D., associate professor of psychology and neuroscience, says.

Lugo, who focuses on autism, epilepsy and early brain development, understands their frustration. For autism, there’s no treatment. So, he works to build a deeper understanding of the disorders through rigorous exploration that sharpens his focus on a variety of condition-related factors.

“We follow the data,” Lugo says, “whatever it drives.”

From the Lugo Lab in the Baylor Sciences Building, Lugo and his team are at the forefront of research into seizures, brain development, and a connection between autism and epilepsy that has become widely recognized in the last 10 years.

“There’s a strong relationship between the two,” Lugo says. “At the clinical level, we saw that about 25 percent of those with epilepsy have autism, and vice versa. There’s a lot of overlap. So we try to, in some ways, exploit what we know about autism to better understand epilepsy, and the same with epilepsy, to better understand autism. More broadly, what are the long-term impacts on the developing brain?”

With nearly a million dollars in funding from the National Institutes of Health and a highly regarded laboratory at Baylor, Lugo is well-equipped to play the long game necessary for transformative discoveries that advance his lab’s mission: “to improve the quality of life in children with epilepsy, autism and other neurological disorders.”

Given the relationship between epilepsy and autism, seizures make a natural starting point for Lugo’s research.

“We first looked at the long-term impact of seizures on the communication aspects and other behaviors,” Lugo says. “That was our first major finding. Did seizures in and of themselves result in autistic-like behavior? We saw pretty clearly that they did.”

Lugo, a Fellow of the American Epilepsy Society, says it’s less clear exactly how seizures in early development lead to intellectual challenges. Some of those challenges take the form of learning or memory impairments; others can be seen in social behavior. While that uncertainty provides many data avenues to follow, one constant has been a focus on early development, an area less-explored in the field. With much of the outside research focused on adults, he has spent the majority of his research efforts examining occurrences and impacts related to the conditions on the early developmental brain.

“Our hope is that by targeting this early on,” Lugo says, “we can have long-term impacts.”

Inside the Lab, Lugo and his students study associated events like a seizure, with their incumbent changes and impacts, from as many angles as possible. They examine behavioral and neurochemical changes that take place, and search for discoveries that can lessen or alleviate those impacts.

The quest to block those changes has directed Lugo’s focus to an area overlap between seizures and autism. Fragile X syndrome is a genetic condition that impairs learning, speech and language development. The syndrome’s name is an apt description: the X chromosome appears fragile, seeming as though it could fall away from the bottom.

“Individuals with Fragile X have been heavily associated with autism and seizures,” Lugo says. “We’re studying the role of seizures and whether it makes the syndrome worse. What impact do the combined effects have? Does it change signaling pathways? It’s a pretty narrow focus, but that’s where the data has taken us.”

Another area of current focus is neuroinflammation. As a seizure hyper-activates brain activity, communication between the cells is altered.

“For neural inflammation, we usually look at cytokines and chemokines,” Lugo says. “There are neuroinflammatory, other inflammatory or anti-inflammatory molecules that signal to the rest of the body to cause more inflammation or less inflammation. What does that cause? That’s our expanding focus.”

Glial cells are supportive cells in the brain that could be impacted by the inflammation process. If those cells are abnormal, Lugo believes they could sculpt neurons differently.

“We think the supporting cells that act to prune back the neurons could be too active,” Lugo says. “Excessive pruning could have lasting impacts. That could be some of the structural changes found. There’s a lot we don’t know, and that’s why we’re looking at neuroinflammation—because we think it’s triggering these other cells to keep cutting them back. If we can block some of those effects as possible therapies for early developmental epilepsy, we can stop some of this excessive pruning that could help restore the behavior and neurochemical changes.”

Autism’s evasiveness and the search for connections with epilepsy shape the myriad paths Lugo travels towards discovery. With so many potential catalysts, following the data, wherever it drives the research, is crucial.

“You do lots of projects to see if one wins out,” Lugo says. “What’s going to give us more insight? It could be Fragile X or neuroinflammation that takes us to a deeper understanding. It could be something else.”

Wherever the data takes him, Lugo’s work ensures that families impacted by autism and epilepsy have a dogged advocate at Baylor University who dedicates his own expertise, and the resources available to him, to ensure that seizures, syndromes and disorders have less of a claim on a child’s quality of life.