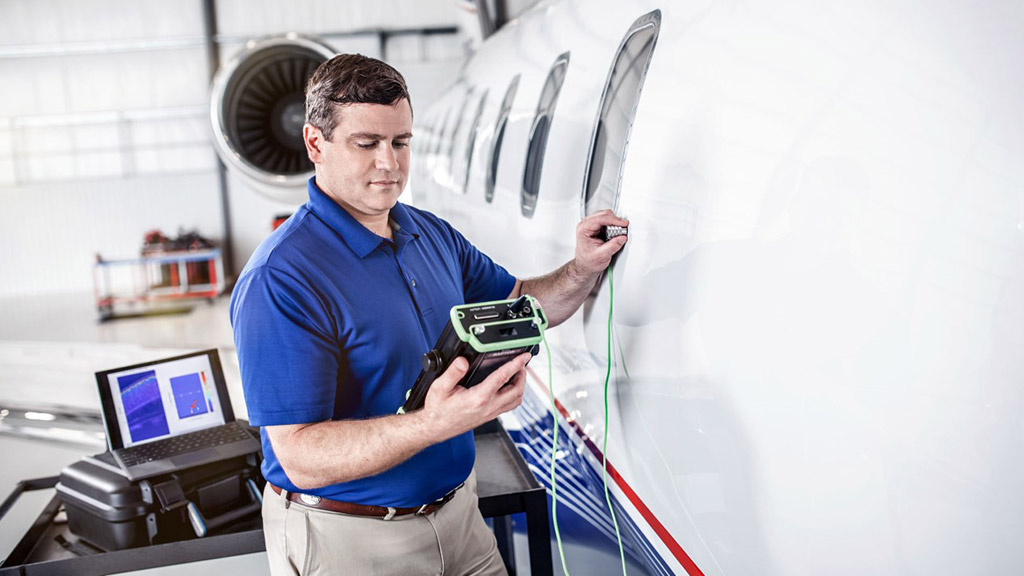 When David Jack, PhD, was considering an offer to join the Baylor University faculty over a decade ago, the biggest selling point was growth potential.

An ad in the American Society of Mechanical Engineers magazine caught his eye with a simple, but powerful statement: ‘Baylor University is a Christian university seeking Christian engineers.’

Retired faculty member Walter Bradley, PhD, told Jack that Baylor was growing. Joining the faculty and sticking around would offer a unique opportunity.

“He told me, ‘You stick around for 10 years and you’ll be on the precipice of an R1 school. Not only that, you’ll get to be part of the change. You’ll get to help define the direction of the university,’” said Jack, recounting an early interaction between he and Bradley during the interview process over 10 years ago.

Bradley’s prophetic statement continues to hold water as Jack enters his second decade in the University’s materials science lab, where he has become a national leader across the spectrum of composite research: production, ultrasonic techniques for the non-destructive evaluation of composites, composite modeling and more. Closer to the homes and hearts of the end-users his research eventually impacts, is the fact that Jack’s work makes planes and automobiles safer to enjoy.

A 30,000-foot view of Jack’s research reveals a broader view of the dynamic field of materials science. Materials science growth is one of the most prevalent grand challenges designated by the National Science Foundation and one of the five signature initiatives laid out in Illuminate, Baylor University’s strategic plan. In this realm, Jack churns out patents and products that produce peace of mind.

But Jack did not step into his role at Baylor with the nearly 9,000 square feet of lab space and a suite of undergraduate and graduate student researchers and faculty he now works with in the materials science lab.

The opportunity to oversee the materials science lab presented itself, and Jack’s work began to grow and gain footing within the vast hallways of the Baylor Research and Innovation Collaborative (BRIC) and beyond.

Jack’s attention and research in the aviation industry was borne out of a conversation with L3Harris Technologies.

The technology and defense contractor needed to be able to assess the structural integrity of its airplanes without destroying the notoriously expensive composite material parts.

“From a manufacturing perspective, to get any part in your aircraft, it has to touch many people’s hands,” said Jack. “Each part has a rigorous certification process that determines its fitness for use. The risk of failure is great and you have to do it right. There is zero room for any kind of error, so you study this to an extreme degree.”

It would seem obvious that the airline industry would have extensive safety precautions and a rigorous review process, but the process of scanning and reviewing these parts and materials comes at tremendous cost and procedural inefficiency.

“What we can do with our scanning system is cut off a lot of that work,” Jack said. “You can come in and not have to document every step of this trail. You can just test the component to certify it.”

The process of clearing a single part for use in a commercial or defense airplane involves hundreds or even thousands of tests on individual parts to ensure consistency and integrity in the production, a process that costs millions of dollars in discarded parts and in time spent on the procedures.

A faulty design can not only cause catastrophic accidents, it can have devastating effects on airlines and manufacturers, with a recent grounding of a faulty design costing over $5 billion dollars in lost revenue.

“Let’s say we find an unsafe component of an aircraft,” said Jack. “They’ll do a quick patch that is way over-engineered, way over-designed, costs a fortune, but it works. Now we can get the plane back to flying.”

The nationally-recognized researcher and professor sees a better way.

“We can reduce that process. We can reduce manufacturing defects. We’re going to reduce the number of parts that go out with a defect. You’ll catch real-time defects on the production lines. Instead of waiting for three years until something starts breaking, the idea would be to confirm before it ever goes out the door that it doesn’t have a certain defect or a flaw.”

Closer than you think

The work that drew Jack into mechanical engineering and the materials science lab has long stood as one of the most important challenges to the scientific community. With the initiatives within Illuminate and Give Light, the $1.1 billion comprehensive campaign to undergird Illuminate, the University is investing in research, like Jack’s, more than ever before.

“There’s a major investment going on with Illuminate,” said Jack. “We can be there [at R1 status] faster than a lot of people see. I think it’s a lot closer than a lot of us think. I think the momentum is now in that direction.”

Jack has traveled the country to present at various industry and academic conferences. He starts with a slide that shows Baylor University’s motto: Pro Ecclesia, Pro Texana– plainly, for Church, for Texas.

“I look like a Christian engineer. This is what they look like,” Jack said. “They’re normal people. Actually, they’re doing great work.”

That is the foundation Jack has built his research and career at Baylor on, maintaining academic excellence and Christian commitment.

“It impacts everything I do. We need the voice, and we’re building the credibility to have a voice.”