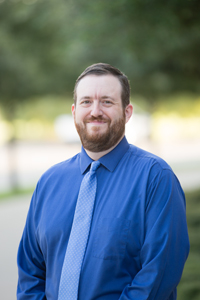 A native of Cleveland, Tennessee, Dr. Duncan studied history and international relations as an undergraduate and spent several years as a youth/college minister before pursuing his graduate education in biblical studies. He and his British-Cypriot wife, Leia, have lived in Waco since 2012, and he joined the faculty at Baylor as a temporary lecturer for the 2019-2020 academic year.

Dr. Duncan’s research primarily centers on Luke and Acts and on Greco-Roman historiography and rhetoric as backgrounds for the interpretation of New Testament texts. His areas of academic interest also include New Testament Greek, Synoptic relationships, and textual criticism.

“Peter, Paul, and the Progymnasmata: Traces of the Preliminary Exercises in the Mission Speeches of Acts,” Perspectives in Religious Studies 41 (2014): 349–65.