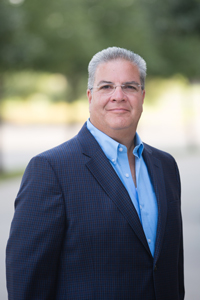 Other Professional and Vocational Credentials

Carlos Cardoza is a Puerto Rican, husband to his high school sweetheart, Aida Lizzette Oquendo (Lizzie), and father to three adult sons, Carlos Andrés, Juan, and Esteban. He enjoys spending time with family and sharing una tacita de café with family and friends. He is passionate about teaching, learning, justice, and a daily re-discovery of the gospel.

Carlos Cardoza is an interdisciplinary scholar and historian in the fields of world Christianity and mission studies. His interests intersect and interplay (1) the historical and current interpretations of the movement of the Christian religion (transmission, reception, appropriation and re-transmission of the Christian religion), particularly in the global south (Africa, Asia & Latin America) both at institutional and popular levels; (2) the socio-religious and cultural interplay between Christians and people of other faiths, particularly those who practice Afro-Caribbean, Amerindian, Spiritist religions, and Islam; and (3) the theoretical and theological/missiological constructions of the current interplay between cultures and religions in Africa, Asia and Latin America, including immigrants and transnational movements.