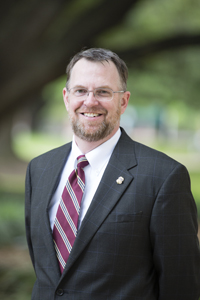 A native New Englander, David joined the faculty at Baylor in 2013 after teaching in Ohio and South Carolina. He is married to Laurel and they have one daughter. He is an avid sports fan and when their daughter played high school and collegiate lacrosse, he was a passionate sports photographer. Today, he is working to master landscape and wildlife photography.

I am cultural historian interested in the intersection of religion and society during the European Reformations of the sixteenth century. I am currently looking at the role of gender in the life and theology of Martin Luther and other major reformers. Part of that work can be seen in a recently edited volume, with Amy Leonard, Embodiment, Identity, and Gender in the Early Modern Age (Routledge 2021).

In the past, I have looked at questions around slavery, race, and the Bible in The Curse of Ham in the Early Modern Era (Ashgate, 2009) and politics in Tyranny and Resistance (Concordia, 2001). These questions remain of interest and I do continue to pursue projects in political theology, race, and the history of biblical interpretation, as can be seen in a recent article in the French journal, Revue d’histoire modern et contemporaine.

I am also the immediate past-president of the Calvin Studies Society and, with Brian Brewer, edited Calvin and the Early Reformation (Brill 2020).

I am a senior editor of The Sixteenth Century Journal.

Editor (with Amy Leonard), Embodiment, Identity, and Gender in the Early Modern Age. 2021.

Editor (with Brian Brewer), John Calvin and the Early Reformation. 2020.

Martin Luther: A Guide for the Perplexed. 2011.

The Curse of Ham in the Early Modern Era: The Bible and Justifications for Slavery. 2009.

Editor, Reformation and Early Modern Europe: A Guide to Research. 2007.

Caritas et Reformatio: Essays on the Church and Society in Honor of Carter Lindberg on his Sixty-fifth Birthday. 2002.

Tyranny and Resistance: The Magdeburg Confession and the Lutheran Tradition. 2001.

“Simultaneously Bride and Whore: Martin Luther, the Bride of Christ, and the Limits of Hyperbole.” In Cultural Shifts and Ritual Transformations in Reformation Europe. Edited by Victoria Chrisman and Marjorie Elizabeth Plummer. Leiden: Brill, 2020: 15 – 32.

“Erasmus Openeth the Way Before Luther: Revisiting Humanist Influence on The Ninety-Five Theses and the Early Luther.” Church History and Religious Culture, 96 (2016): 516 – 540.

“‘Forgetting him selfe after a most filthie and shamefull sorte’: Martin Luther and John Calvin on Genesis 9,” in Calvin and Luther: The Continuing Relationship. Edited by R. Ward Holder. Göttingen: Vandenhoeck & Ruprecht, 2013: 36 – 48.

"A Calvinist Heritage to the ‘Curse of Ham': Assessing the Accuracy of a Claim about Racial Subordination." Church History and Religious Culture, 90/1 (2010): 25 – 45.

"From Speyer to Magdeburg: The Development and Maturation of a Hybrid Theory of Resistance." Archiv für Reformationsgeschichte, 96 (2005): 57 – 80.