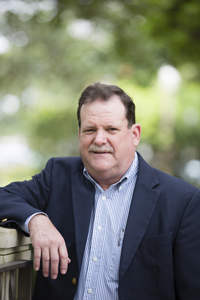 Professor of Patristics and Historical Theology

Williams has been active in teaching in China since 2006.  He has lectured at five major universities in mainland China, served as a plenary speaker at People’s University of China’s Summer Institute conferences, and has had several articles published in the Journal for the Study of Christian Culture.  In the summer 2009, he was Visiting Professor at the International Promotion of Chinese Language and Culture, at the People’s University in Beijing.  His book Retrieving the Tradition has been translated published in 2011 by China Social Sciences Press and reprinted in 2016.  He is presently co-director of the Center for Hellenism and Late Antiquity at Shandong University in Jinan.

He is member of various national and international academic societies, a Fellow of the Institute for Studies in Religion, and an affiliated faculty member with the Department of Classics, Baylor University.

Fellow, Center for Religious Inquiry across the Disciplines, 2005-pres.

University Teacher's Fellowship, The National Endowment for the Humanities

The Church’s Bible:  The Gospel of Matthew Volume Editor and contributor (Eerdmans Publishing, 2017).

Commentarium in Matthaeum by Hilary of Poitiers. Complete English translation and annotation. Fathers of the Church series vol. 125 (Catholic University of America Press, 2012).

Tradition, Scripture and Interpretation: A Sourcebook of the Ancient Church (Baker Academic Books, 2006).

Ambrose of Milan and the End of the Nicene Arian Conflicts (Oxford University Press, 1995).

“The Magi and the Star,” in The Oxford Handbook of Christmas, ed., T. Larsen (Oxford University Press, 2020).

“The Council of Ariminum (359) and the Rise of the Neo-Nicenes” in The Cambridge Companion to the Council of Nicaea, ed., Y. Kim (Cambridge University Press, 2020).

“Augustine’s Negotiation of The Liberal Arts,” The Journal for the Study of Christian Culture (2012) (in Chinese).

Migne’s Achievement and the Modern Transmission of Ancient Manuscripts,” in The Bible and the Arts, ed., Stephen Prickett (Edinburgh University Press, 2014).*

“The Evolution of Pro-Nicene Theology in the Church of the East,” From the Oxus River to the Chinese Shores: Studies on East Syriac Christianity in China and Central Asia, eds., Li Tang & D. W. Winkler, Orientalia-Patristica-Oecumenica Vol. 5 (2013).

"A Catechetical Address on the Nicene Creed?" Harvard Theological Review (2010).

“Ambrose’s Use and Disuse of the Argument of Antiquity,” North American Patristic Society, Chicago, May 2016.

Papers presented at the People’s University of China, Beijing, 2016: “The Career of the Logos: A Brief Survey,” “Augustine’s Reclamation of the Liberal Arts,” “Earliest Christian Burials in the Catacombs,” “Amnesia about Early Christianity in China”

“Ambrose of Milan and His Use of Apologetics,” International Conference on Patristic Studies, Oxford University, UK, August 2015.

“The Career of the Logos:  A Brief Biography.”  Peoples’ University of China, Bejing, PRC June 2015.

"How Indigenous is the "Fall of the Church" Historiography to Evangelical Protestantism?" Conference on the Ancient-Future Church, Wheaton College, March 2014.

"Some Characteristics of Mar Babai's Christology in On the Union," Fourth International Conference, Research on the Church of the East in China-Central Asia, Univerität of Salzburg, June 2013.