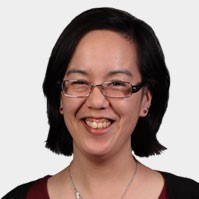 B.A., Psychology, The University of California, 1994

Dr. Tsang joined the Baylor faculty as an Assistant Professor in 2002. Prior to coming to Baylor, she served as a postdoctoral research fellow at Southern Methodist University. She earned her Ph.D. in psychology at the University of Kansas.

Dr. Tsang has three general programs of research: Gratitude, forgiveness and the psychology of religion. One program of research has involved gratitude and the use of behavioral measures. Prior research in gratitude has relied predominantly on scenario inductions of gratitude and self-report dependent measures. This standard methodology poses several limitations, including the possibility that scenarios do not induce actual grateful emotion, as well as the confound of social desirability in the use of self-report. In this program of research, our lab has worked to refine an experimental induction of gratitude that distinguishes between grateful emotion and general positive mood. This methodology also includes a behavioral dependent measure of gratitude that is both costly and covert, which better insures that participants are providing sincere answers, rather than responding as they think the experimenter might want them to respond. This methodology has provided us with a foundation for testing many different variables known to affect gratitude but which previously have been investigated only through self-reports. These include the relationship between gratitude and favor value, the effect of religious priming on gratitude, and whether grateful behaviors are fueled by egoistic or altruistic motivations. In addition to this methodology, our lab has employed retrospective and scenario methodology to investigate the differences between gratitude and indebtedness.

The third program of research involves the psychology of religion. In collaboration with Dr. Wade Rowatt, a social psychologist in our department, the relationship between religious personality variables and implicit prejudice are being researched. Dr. Tsang also often includes religious variables in her studies of gratitude and forgiveness.

Mak, H., & Tsang, J. (2008). Separating the "sinner" from the "sin": Religious orientation and prejudiced behavior toward sexual orientation and promiscuous sex. Journal for the Scientific Study of Religion, 47, 379-392.

Tsang, J., & Rowatt, W. C. (2007). The relationship between religious orientation, right-wing authoritarianism, and implicit attitudes toward lesbians and gay men. The International Journal for the Psychology of Religion, 17, 99-120.

Tsang, J. (2002). Moral rationalization and the integration of situational factors and psychological processes in immoral behavior. Review of General Psychology, 6, 25-50.