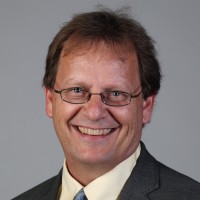 Department Chair and Professor of Psychology and Neuroscience

Ph.D., Psychology, The University of Colorado, 1988

Charles A. Weaver III has been at Baylor University since 1989, where he is currently Professor & Chair of Psychology and Neuroscience. He has published in the areas of memory and language, the relationship between confidence and memory, flashbulb memory (“where were you on 9/11?"), and eyewitness identification. He has served as a forensic expert in civil and criminal cases in more than 30 states, and has testified in both federal and state courts, for both prosecution and defense. He has served on the editorial boards of five journals, including the Journal of Educational Psychology, and served as Associate Editor of the Journal of Experimental Psychology: Learning, Memory and Cognition. He has also served on grant review panels for the U. S. Department of Education for more than a decade, serving as chair of two different panels. He was recently named as a "Fellow" by both the Association for Psychological Science and the Psychonomic Society, and was named "Baylor Fellow" in 2012. Dr. Weaver serves as co-director (with Dr. James Henderson in Economics) of the Baylor in Great Britain program, Baylor largest and oldest study-abroad program.