The Pruit Memorial Symposium at Baylor University brings the perspective of the Christian intellectual tradition to contemporary issues of common concern. Since 2013, this annual symposium has focused on the tradition of American black sacred music in conjunction with the Black Gospel Music Restoration project of the Baylor Libraries.

The 2020 Pruit Symposium welcomed Dr. Cedric Dent who serves as professor of music at Middle Tennessee State University. From 1985-2011, Dent sang baritone with gospel and jazz vocal sextet Take 6, recording 11 albums that sold millions of copies and garnered eight Grammy Awards and 10 Dove awards. In 2013, Dent received the Heritage Music Award from the National Association of Negro Musicians and, in 2014, he rejoined Take 6 for their induction into the Gospel Music Hall of Fame. On February 4, Dent offered a public presentation on the story of the development of the unique vocal arrangements of Take 6, and then later walked a spirited audience at Toliver Chapel through a participatory history of black gospel music. Both events were free and open to the public. 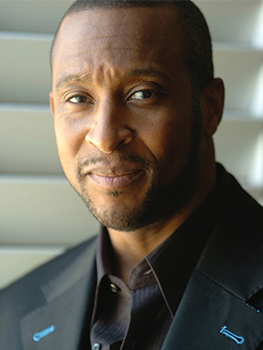 Additional Resources
These resources were used to spread the word in the community about the 2020 Pruit Symposium.

Public Presentation
"David and Goliath: Gospel Music in Word and Song"
Tuesday, February 4, 2020
3:30 p.m.
Armstrong Browning Library
Foyer of Meditation
This event is free and open to the public