Chief of Staff to the President 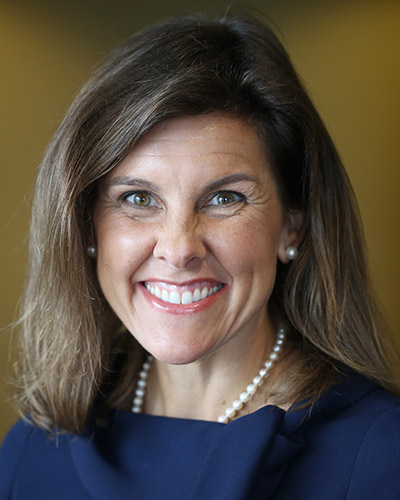 Ms. Tiffany Hogue became chief of staff to the president on August 18, 2021. She previously served as a clinical professor of higher education leadership and policy at Baylor, beginning in 2016. Previously, among other Baylor appointments, she was chief of staff to the provost from 2011-16 and assistant provost from 2003-11. In those roles, she helped to lead the two-year campus-wide strategic visioning process that resulted in Pro Futuris and Baylor’s 2007 reaffirmation of SACSCOC accreditation. She also served as assistant dean of academics for the College of Arts & Sciences in the early 2000s.

Ms. Hogue earned a BA in political science from Baylor in 1995 and a JD from Georgetown University Law Center in 1998. She returned to Baylor after practicing employment law at a large firm in her hometown of Phoenix, Arizona. She is an active member of the State Bar of Texas with expertise in higher education and the law. She is the founder of the Girls’ Running Club at Hillcrest PDS Elementary School (Waco ISD) and a member of the Board for Greater Waco Legal Services.

She and her husband, Andy, who serves as associate dean for engaged learning in the College of Arts & Sciences at Baylor, have two daughters, Anna (14) and Caroline (11). They are active members of Calvary Baptist Church in Waco.