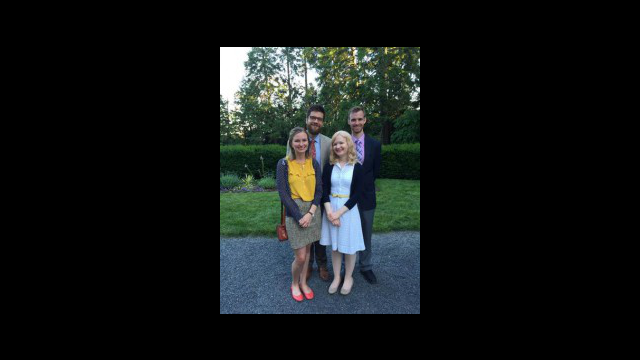 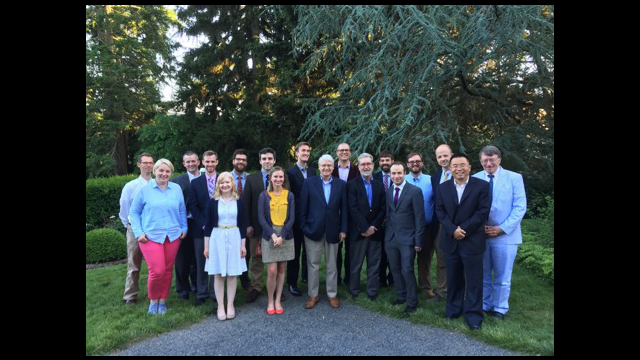 The Baylor students who attended were Jordan Cash, Joseph Griffith, Hannah Norman, and Debbie O’Malley. Jordan is currently working on his dissertation on the presidency and will be beginning a fellowship as a Pre-Doctoral Research Specialist in the University of Virginia’s Program on Constitutionalism and Democracy in the fall. Joseph is also working on his dissertation centered on the Supreme Court and parental rights, and will be teaching in a visiting position next year in the department of political science at the Rochester Institute of Technology. Hannah is a second-year graduate student with interest in constitutional law, political theory, and American political thought. Debbie received her Ph.D. from Baylor in 2017 and for the past year has been a Forbes Postdoctoral Research Associate in the James Madison Program at Princeton University. She will be the inaugural Daniel Patrick Moynihan Postdoctoral Fellow at Assumption College this fall.

Each day of the seminar focused on a different topic led by a prominent scholar on that subject, with prescribed readings forming the basis of the discussion. The first day covered the Straussian revival of the study of the Founding, with Dr. William A. Schambra of the Hudson Institute leading the group in inquiring deeper into the work of Martin Diamond. The second day moved to assessing historical approaches to the Founding, with Dr. C. Bradley Thompson of Clemson University leading an investigation into the historical methods employed by Bernard Bailyn and Gordon S. Wood. From these broad themes the seminar narrowed its focus to examine particular issues impacting the Founding. Dr. Thomas Merrill led a discussion of slavery and the Founding, with particular attention paid to slavery in Thomas Jefferson’s political thought and practice. Dr. Matthew Franck guided the conversation concerning religion and the Founding. Finally, Dr. James Stoner of Louisiana State University led an exploration into the role of the common law on the Founding and American constitutionalism more broadly.

The conference was attended by fifteen scholars from around the world, with attendees coming not only from the United States, but also the United Kingdom, Poland, and China.
Are you looking for more News?
All NewsArchives