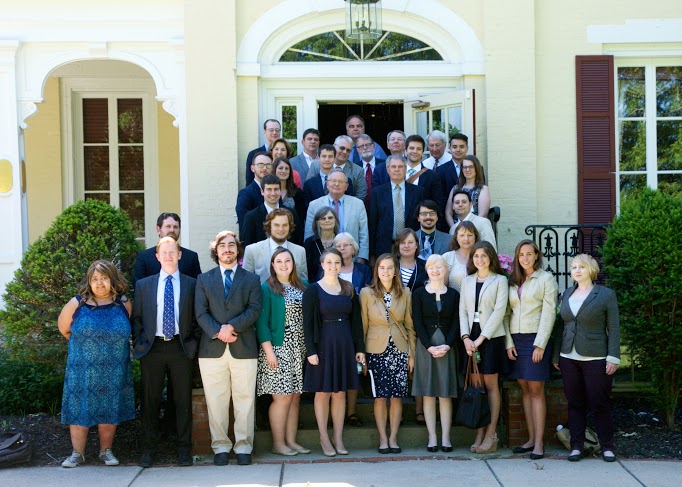 Over ten Baylor graduate students travelled to Clinton, New York, for the eighth annual summer conference sponsored by the Alexander Hamilton Institute for the Study of Western Civilization held on June 20 and 21st, 2016. This year’s theme, “The Cold War and American Statesmanship,” focused on writings by Ambassador George Kennan, Secretary of State Henry Kissinger, and President Ronald Reagan. Dr. David Clinton, an expert on international relations, especially American foreign policy and diplomacy, and chairman of Baylor’s Department of Political Science, directed the discussion.

A fuller account of the sessions and the readings can be found on the AHI website, “In Its Eighth Year AHI Summer Conference Continues to Inspire” (June 30, 2016) by Mary Grabar, resident Fellow of the AHI and panelist at the conference. In the five sessions over two days, participants explored the origin and evolution of the Cold War and the role of statesmanship in addressing its complexities. Among the writings read and discussed were 1) George Kennan’s “Long Telegram,” his 1947 foreign policy lecture, and passages from his Memoirs and from other works, which attempted to educate Americans about communism and the Soviet Union; 2) selections from Kissinger’s A World Restored, The White House Years, and Years of Upheaval, and his realist proposals for structuring an American-led international order; and 3) several addresses by Reagan in which he presented his foreign policy and its relation to American principles and goals.

Lively discussions during the day were followed by evening get-togethers on nearby Hatch Lake, at the cottage of David and Mary Nichols, who have organized the conferences since 2009. Among the panelists were Peter Campbell, assistant professor of political science at Baylor University and several Baylor alums, including Patrick Cain, Associate Professor and Chair of the Department of Political Science at Lakehead University, Elizabeth Amato, assistant professor of political Science at Gardner-Webb University, and Mary Mathie, Senior Lecturer at the University of Texas at San Antonio.
Are you looking for more News?
All NewsArchives