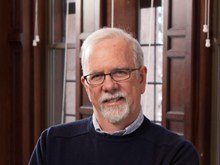 Skowronek spoke about his paper “Pathways to the Present: Political Development in America” (co-authored with Karen Orren, UCLA), with Baylor faculty and students. In his talk he discussed the American Political Development (APD) sub-field, which he described as having an agenda that speaks to “the defining characteristics of the regime” and concentrates upon debates that revolve around “the polity’s identity, integrity, capacity, adaptability, and trajectory.” He introduced his ongoing project, tracing the development of the American “policy state,” as example of this kind of work.

Skowronek has written award winning books on American state building (Building a New American State: The Expansion of National Administrative Capacities, 1877-1920; 1982) and presidential leadership (The Politics Presidents Make: Leadership from John Adams to Bill Clinton; 1997). He was editor of Studies in American Political Development from 1986 to 2007, a journal he co-founded. His most recent work with Karen Orren, The Search for American Political Development, was published in 2004.
Are you looking for more News?
All NewsArchives