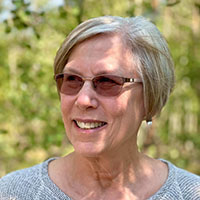 Joanne Held Cummings is an Adjunct Professor at Baylor University, educating upper-level undergraduates about Middle East Political dynamics. She was was recently the Foreign Policy Advisor (POLAD) to CJTF-OIR, based in Baghdad.  She has served extensively in the Middle East, North Africa, and East Africa.

As the daughter of a diplomat, she was raised in Lebanon, lived in Saudi Arabia’s Eastern Province, finished high school in Tehran, Iran, and graduated from university in Beirut, Lebanon before gaining an MA from the University of Texas at Austin.  In the Department of State and in the private sector, she has worked in Syria, Yemen, Iraq, Afghanistan, Jerusalem, Egypt, Saudi Arabia, Cyprus, Ethiopia, and Micronesia as well as nine years working regionally from Morocco through Pakistan.  Ms. Cummings was previously Deputy Chief of Mission in the Federated States of Micronesia.  Among her earlier Foreign Service positions are Pol/Econ Section Chief, Refugee Coordinator, Economic Section Chief, POLAD (JSOC and MND-S), Political Officer, and Consular Officer.  She speaks Arabic and French.