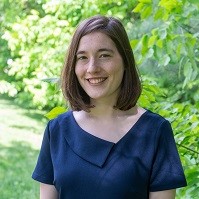 Bio
Isabelle Thelen entered the PhD program at Baylor in fall 2021. Before coming to Baylor, Isabelle received a Bachelor of Arts degree in Political Theory and Constitutional Democracy from Michigan State University’s James Madison College of Public Affairs. Her research interests include Ancient and Medieval political thought (especially Augustinian political thought) with an emphasis on topics such as the relationship between politics and religion, the role of mercy in political life, and the family as a political institution.