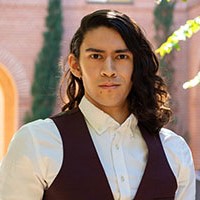 Bio
David entered Baylor's Ph.D. program in the fall of 2019. In political theory, his major concentration, David intends to study themes encompassing freedom, education, rule, and the nature of philosophy, especially in the works of Plato, Xenophon, Aristotle, Machiavelli and Nietzsche. In international relations, his minor concentration, David will examine the intersection between the realist and the liberal political traditions and the implications for American grand strategy. He also plans to investigate rational-choice theories of state decision-making. Broadly, then, he intends to inquire into the character of the best practical regime and the world it will survive in.